“Soldiers of Odin” Show Up and Let Refugees Know Who Is In Charge!

Many European nations have witnessed a sharp rise in the rates of violent crime, including rape and robbery, committed against their native populations, largely by the vast numbers of Muslim migrants and “refugees” who have flooded their countries recently. Some are more disgusted tha others, and they are fighting back:[1] 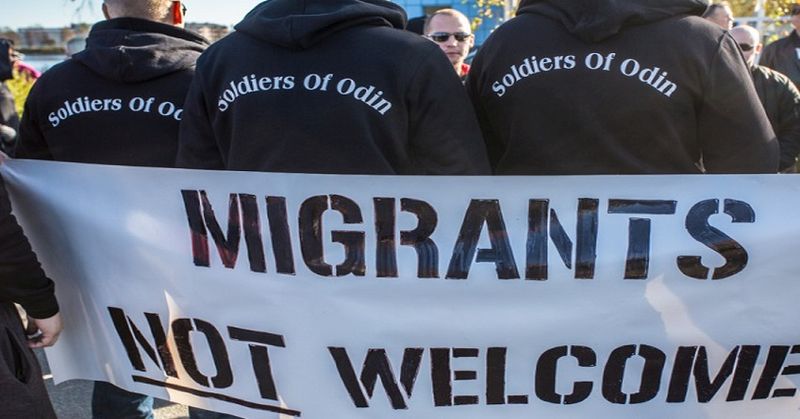 While the progressive governments and liberal media outlets have done their worst to keep news of the horrible crime wave under wraps, the European people have seen and heard for themselves what is really going on, and some are now pushing back against those they view as violent invaders.

According to Truth Revolt, a vigilante group in Finland that call themselves the Soldiers of Odin, referencing the ancient Nordic god of war, have taken to patrolling the streets of Helsinki and other towns.

Spurred on by the many reports of rape, sexual assault, robbery and murder that local authorities seem reluctant to address, the rough and ready men are doing their best to make the streets and stores safe again for women, children and the elderly.

Of course, the liberal media has been working to discredit groups like the Soldiers of Odin, calling them a “case study in fear and suspicion” and an overreaction, with The Washington Post being at the forefront of the effort.

“(A) new far-right citizens group sprouting chapters across Finland. Its members are multiplying as this northern nation becomes a case study in the fear and suspicion gripping Europe after multiple sexual assaults allegedly committed by asylum seekers and others on New Year’s Eve,” the Post reported.

“These refugees do not respect our women,” said 33-year-old Ilkka, a member of the group that refused to divulge his last name. “I have four daughters, and they used to be safe in Finland. We need to do something about it.”

Authorities in European nations like Finland have neglected to fulfill their first duty, which is to protect their citizens, and instead have thrown open the doors to tens of thousands of people from a different part of the world, one that doesn’t share the same cultural values or societal norms.

Is anyone REALLY surprised that there are citizens that have had enough of all this crap and need to take matters into their own hands? Yea, neither am I. This ‘tolerance culture’ needs to end – and so does the refugee sense of entitlement they all seem to have.