This is simultaneously hilarious and sad. Hilarious in that the trucker actually hung chunks of pork[1] from the back of his rig, sad in that he felt that he actually HAD to do it. 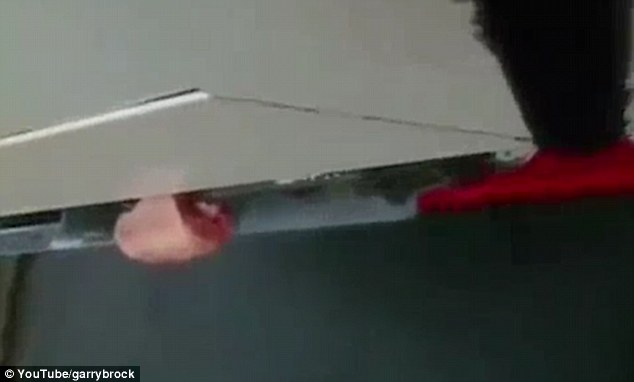 A video has surfaced of a lorry bound for Britain on which the driver has hung sizeable cuts of pork to try and keep Syrian Muslims from sneaking into the back.

The clip – posted on YouTube – appears to show a German truck waiting at Calais with at least four parts of the pig attached to its rear bumper.

The driver is believed to have impaled them on the body of the 18-wheeler in an attempt to keep desperate migrants from approaching his vehicle.

Pig flesh, particularly the eating of such, is strongly forbidden in Islam. Rules on the handling of such are not so clear.

However, that failed to stop the paranoid hauler who took the extreme measure in his hope of deterring Syrian Muslims from breaching his lorry’s rear door.

The meat chunks are seen secured to the foot of the truck’s opening hatch, through the likes of which hundreds of determined Syrians – displaced by war – have snuck inside to secure an illegal passage into the UK.

Drivers caught by border patrol with stowaways hidden in their cargo can face hefty fines and even imprisonment.

The clip of the truck was shared online by a Garry Brock.

It was posted on YouTube yesterday with the title ‘Antimigration wagons protection in Europe’.

It has come to light as police in Coquelles, near Calais, battle to contain attempts by migrants to access the Eurotunnel terminal.

Yesterday, France’s prisons watchdog condemned the government for locking up migrants in a bid to clear the notorious camp known as ‘the Jungle’.

In a strongly-worded statement to the government, the head of the official jails watchdog, Adeline Hazan, said authorities must stop ‘abusing’ rules on migrant detention, saying there had been ‘serious breaches of fundamental rights’.

Do you agree with this man’s tactics?
Endnotes: