I have probably watched or read at least a dozen stories about Russia skipping ISIS to bomb American-supported forces in Syria but I haven’t read a word yet about U.S. reprisals. Hmm, suspect much[1]? 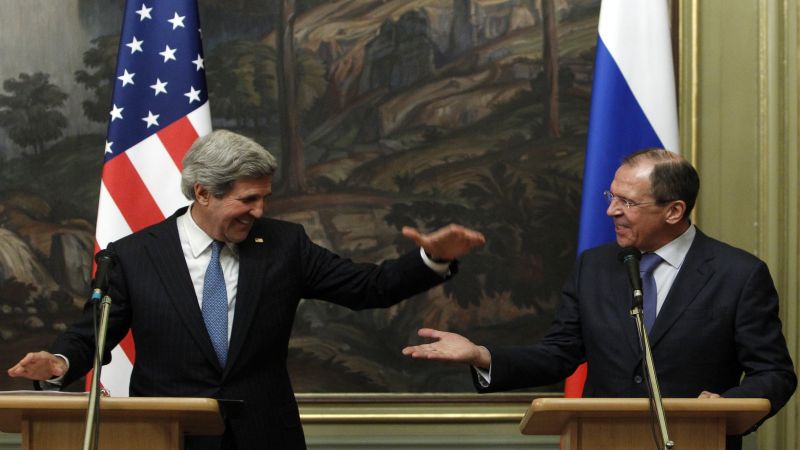 Perhaps, in the endless quest for “international dialogue,” we’re past such primitive things.

I sympathize, although, er, President Trump might not be pounding the table about this either. The Pentagon sure is, though:

One of the airstrikes hit an area primarily held by rebels backed by the Central Intelligence Agency and allied spy services, U.S. officials said, catapulting the Syrian crisis to a new level of danger and uncertainty. Moscow’s entry means the world’s most powerful militaries—including the U.S., Britain and France—now are flying uncoordinated combat missions, heightening the risk of conflict in the skies over Syria…

The U.S. and its allies were angry at the Russians on many scores: that they are supporting Mr. Assad; that they aren’t coordinating their actions with the existing, U.S.-led anti-Islamic State coalition; that they provided terse notice only an hour before their operations; that they demanded the U.S. coalition stay out of Syrian airspace; and that they struck in areas where anti-Assad rebels—not Islamic State—operate.
Time to put some shoulder-fired missiles in the field over there? Probably not, given our experience with jihadis confiscating weapons from U.S. allies, but I’ll bet Ukraine could find some use for surface-to-missiles. Meanwhile, back in Syria:

In an interview from Syria via Skype, the top commander of Tajammu al-Aaza, a rebel group in Hama, said it had received support from the U.S. but been targeted by Russia anyway. “We were targeted because we are on the front lines against the regime,” said the commander, Jamil al-Saleh. “They don’t care if the U.S. supports us.”

Tajammu al-Aaza is a rebel group fighting under the banner of the Western-backed Free Syrian Army (FSA) that is widely believed to have been vetted by the CIA to receive U.S. support, including TOW anti-tank missiles.

Abu Zaid, the FSA spokesman, added that the Russian strikes had killed civilians, echoing claims by a number of rebel and opposition groups. “Russia came to fight the Free Syrian army, not ISIS,” he said.

Yeah, that’s another thing President Trump has wrong about this. Beating ISIS isn’t Putin’s main objective, by his own admission, and if there was any doubt about it the fact that his first airstrikes in Syria targeted America’s rebels instead of jihadis made the point loud and clear. But I digress. Assuming the Russian bombing campaign against the FSA and other “moderate” factions continues, wiping out the only semi-plausible alternative to Assad as a new government for Syria, what will the U.S. do? At what point does Obama decide that this requires a firmer response than sending Kerry out to play pattycake with Lavrov?

Hard to believe a Russian air campaign in Iraq would be happening if the U.S. still had a troop presence in Sunni areas, but then it’s also hard to believe there’d be an ISIS problem in Iraq if the U.S. still had a troop presence in Iraq. Frankly, I’m not even sure what interest Putin has in attacking jihadis across the border in Anbar province. They’re no imminent threat to his friend Assad. Maybe it’s a pure prestige thing for him, being seen as doing the job that Obama’s not bold enough to do. Or maybe it’s a favor to his friends in Tehran, weakening the Sunni resistance to Shiite dominion inside the country. What are the odds, do you suppose, that Russian airstrikes in Iraq will also involve Sunni targets that aren’t affiliated with Iraq or Al Qaeda?

That’s cool though. Kerry can be an ineffectual weakling. It’s too bad that Obama and his idiot minions keep embarrassing the United States in front of the world.