20 Of Trayvon Martin’s Tweets That Stand Out (Language Warning)

The mainstream media has bent over backwards to portray Trayvon Martin as a choir boy who couldn’t have possibly been at fault and George Zimmerman as a malicious racist who was bent on killing him for no reason whatsoever. Unfortunately, that doesn’t seem to square with the facts we’ve learned since then. That doesn’t mean George Zimmerman is now the good guy and Trayvon Martin is the bad guy or that Zimmerman shouldn’t have to go on trial; it just means the whole case is a lot more ambiguous than it appeared to be at first glance.

George Zimmerman doesn’t appear to be a racist, he MAY HAVE had good cause to shoot Trayvon Martin, and Martin is not the angel he’s being portrayed as in the press. Pointing this out isn’t a “smear campaign;” it’s journalism.

Towards that end, Trayvon Martin’s Twitter account, which was deleted after his death, no doubt because it made him look perfectly awful, has now surfaced. What follows is a more current picture of Trayvon Martin and 20 of his tweets that stuck out. Under normal circumstances, these tweets wouldn’t be all that important, but given the media narrative, which is that Martin was a harmless little cherub who was pursued and killed for no other reason than because he was black, it’s worth noting that there might be a lot more to the story.

That story starts with the name of his Twitter account, “No_Limit_N*gga” (I put an asterisk in there that’s not in the actual name to keep it from showing up in search engines). The tweets come courtesy of the Daily Caller[1].

Having read through all 150 pages, most of them seem to be Trayvon chatting with his friends and talking about women. The tweets and retweets don’t reference any gang activity, don’t seem to be violent, or talk up criminal activity other than drug use. On the other hand, Martin does make a number of references to drugs and he has a very misogynistic attitude, which, in all fairness, wouldn’t seem to have a lot of relevance to the confrontation between him and George Zimmerman. As to the significance of these Tweets, many of which are retweets that apparently caught Trayvon’s eye, and the picture they paint, you can decide for yourself. (All asterisks are mine). 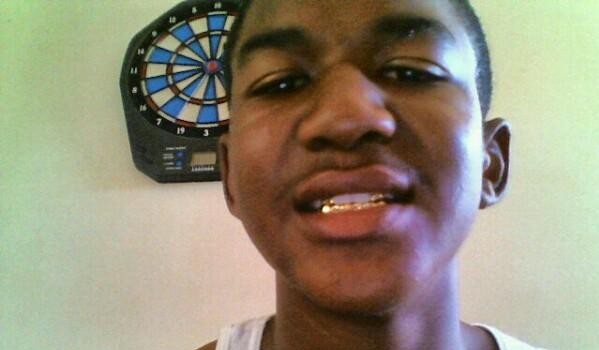 RT @fukunurhoexxx: #youthetype of b*tch that give up your p*ssy for free and think its cool #p*ssyaintfree #fb

RT @TheSoleManSB: We in need of some trees … Wea tha weed man

RT @MisunderstoodC_: Get high to balance out the lows

RT @___xMaxDee: I got game for you young hoes, don’t grow to be a dumm hoe

RT @iTeachSEXOLOGY: d*ck slipping out when you got her in doggy? Either u trying to long stroke wit a short d*ck or she need to arch tha …

RT @Mitchell_Garcia: I’ll slap a girl if she said suck my toes wtf, she must be giving some great dome
for some sh*t like that Ã²Ã• Ã²Ã• Ã²Ã•

RT @GrandadJFreeman: You know you high AF when you stop at a stop sign and wait for it to turn green

RT @TheyHATEShAHeED: Its crazy how i was jus pissed off,snappin…then i smoked..now im happy:) ha

RT @SheIs_UNdefined: & When Im On That SMOKE, Im Going Super-HAM!

RT @KimmyBtchhh: Some of y’all need a Blunt!