Even Piers Morgan is almost endurable in comparison with the Guardian’s George Monbiot, who has been on a jihad to abolish livestock farming. In his abject lunacy, Monbiot evidently believes it to have a deleterious effect on the weather. Yet he came on Morgan’s Good Morning Britain wearing a watchband and shoes made of leather.

“You are telling us all to give up meat, you want to kill these animals for your watches and your shoes… shameless hypocrisy, am I wrong?”

For once he was not, as Monbiot confirmed by responding,

“I’m not being 100 per cent purists about this but I am trying to persuade people to change their habits in quite a radical way.”

He offered the lame excuse that watchbands last longer than hamburgers. He might as well have answered with the liberal motto, “Do as I say, not as I do.”

The acrimony continued afterward, as they took their debate onto Twitter:

Morgan tweeted: “Poor George, came on to argue we should all be vegans – wearing a leather watch and shoes.”

Monbiot replied: “Poor Piers, can’t see the difference between a watch strap that lasts two years and a burger that lasts, to judge by his girth, two minutes.”

And the Good Morning Britain host hit back with: “Erm, don’t they both involve the slaughter of cows? ps Fat-shaming me is not going to go down very well with your Guardian mates, George.”

Monbiot is not only a wearer of the skin of oppressed and murdered cows, he is also a fat-shamer. Only by barking ever more radical moonbattery will he be able to reclaim his credibility. 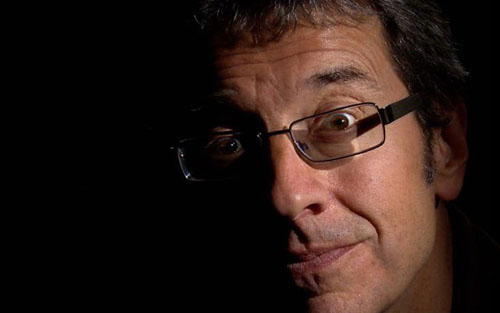 On a tip from Don M. Cross-posted at Moonbattery.