Poll: Most Used Words To Describe Obama Now Include “Incompetent,” “Socialist” and “Liar”

Hate to say we told you so, but….oh wait, on second thought, no, I don’t hate to say we told you so. Conservatives figured out that Barack Obama was an incompetent liar before he was ever elected the first time. It’s great to see the low information voters starting to catch up five years later[1], but it would have been fantastic if they’d caught on to this a little earlier in the game. 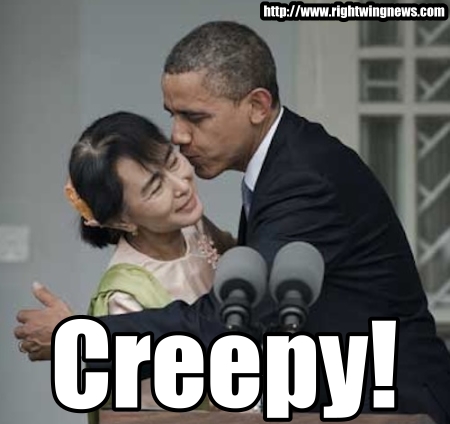 Pew Polling firm has found an interesting change in the way President Obama is being described, with the use of words like “incompetent” and “liar” on the rise.

The survey finds that the one-word impressions people have of Obama have changed a great deal throughout his presidency. Terms like incompetent and liar now are among the most frequently used words to describe Obama. In April 2009, when his job approval was at 63%, these words were rare.

Pew also found that the word “socialist” is used in nearly the same proportion as it has been used since he first took office, showing that the President has not succeeded in knocking down the perception that he is a socialist.

Now, if Pew can just work “corrupt,” “authoritarian,” and “narcissist” in there with those other three words, it will just about have Obama covered.