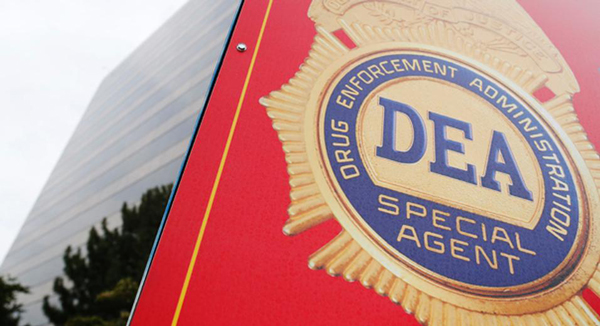 Can you guess what names do not appear in this article? Neither Barack Obama nor Loretta Lynch. Had this ocurred fully under a Republican President, the Blamestorming would have been epic. In fact, they almost make it seem as if it was Trump’s DOJ which settled this case, instead of prosecuting it, early on

‘We feel like our system was hijacked’: DEA agents say a huge opioid case ended in a whimper

After two years of painstaking investigation, David Schiller and the rest of the Drug Enforcement Administration team he supervised were ready to move on the biggest opioid distribution case in U.S. history.

The team, based out of the DEA’s Denver field division, had been examining the operations of the nation’s largest drug company, McKesson Corp. By 2014, investigators said they could show that the company had failed to report suspicious orders involving millions of highly addictive painkillers sent to drugstores from Sacramento, Calif., to Lakeland, Fla. Some of those went to corrupt pharmacies that supplied drug rings.

The investigators were ready to come down hard on the fifth-largest public corporation in America, according to a joint investigation by The Washington Post and “60 Minutes.” (WT: this article is well worth the read, which includes an interview with retired DEA Agent David Schiller)

The DEA team — nine field divisions working with 12 U.S. attorney’s offices across 11 states — wanted to revoke registrations to distribute controlled substances at some of McKesson’s 30 drug warehouses. Schiller and members of his team wanted to fine the company more than $1 billion. More than anything else, they wanted to bring the first-ever criminal case against a drug distribution company, maybe even walk an executive in handcuffs out of McKesson’s towering San Francisco headquarters to send a message to the rest of the industry.

“This is the best case we’ve ever had against a major distributor in the history of the Drug Enforcement Administration,” said Schiller, who recently retired as assistant special agent in charge of DEA’s Denver field division after a 30-year career with the agency. “I said, ‘How do we not go after the number one organization?’ ”

But it didn’t work out that way.

Instead, top attorneys at the DEA and the Justice Department struck a deal earlier this year with the corporation and its powerful lawyers, an agreement that was far more lenient than the field division wanted, according to interviews and internal government documents. Although the agents and investigators said they had plenty of evidence and wanted criminal charges, they were unable to convince the U.S. attorney in Denver that they had enough to bring a case.

It’s not till late into the article, when most people have already moved on, that we learn that this happened in January. And even then, the date is not announced.

In September 2015, McKesson and the government reached a tentative settlement. McKesson’s registrations would be suspended in Aurora for three years, in Washington Courthouse for two and in Livonia for two. The company would be barred from distributing for one year one type of narcotic, hydromorphone, from its Lakeland, Fla., warehouse.

There would be no criminal charges. No administrative case. No $1 billion fine.

The case took more than a year to come to a conclusion. In January, the Justice Department announced that it had finalized a deal with McKesson that included the $150 million fine and the four warehouse suspensions. The company also agreed to increase staffing and retain an independent monitor to assess its compliance.

In fact, the announcement was made on January 17th[2], days before Mr. Trump would take his oath of office. Yet, the Washington Post can’t even work up the outrage to castigate Mr. Obama nor Loretta Lynch. Can you imagine the outrage towards Trump and AG Jeff Sessions if this had happened in, say, August of this year?

Anyhow, both articles are rather disturbing. The DEA agents did their jobs, in what should have been a slam dunk case. The DOJ and high mucky muck levels of the DEA wanted to negotiate with McKesson, rather than prosecute, and even verbally assaulted the DEA agents involved in the investigation, taking them to task. McKesson had already been fined in 2008 for doing shady things with hydrocodone. And from the 60 Minutes article we learn

Bill Whitaker: One of the Former D.E.A. Administrators said that the McKesson Corporation has fueled the explosive prescription drug abuse problem in this country. Do you agree with that?

David Schiller: 100%. If they woulda stayed in compliance with their authority and held those that they’re supplying the pills to, the epidemic would be nowhere near where it is right now. Nowhere near.

Obama told us about this opioid epidemic, and here his DOJ and top levels of DEA let McKesson off the hook with a big slap on the wrist. A $150 million slap on the wrist, but, no one went to jail. The company is still operating.