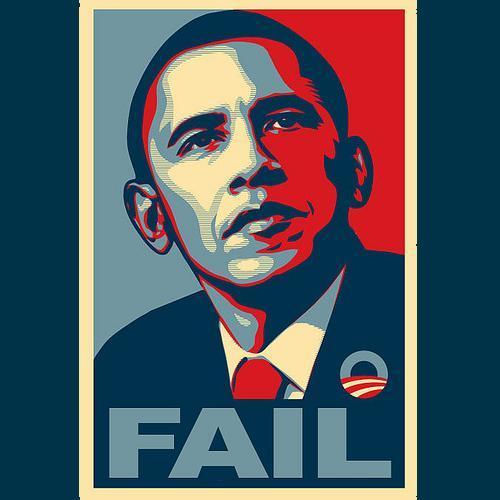 This is a very interesting notion from the Washington Post Editorial Board, in that they are finally letting its readership know that Obama made a real mess of Syria and Iraq. Now that he’s out of office, of course. But, there is certainly an ulterior motive, in that they want to establish a way to Bash Trump on Iraq and Syria, creating a situation where they can forget about the “inherited problem” meme they allowed Obama to get away with for his first four years in office, and even pushing it themselves.

THE FINAL capture of the Islamic State’s de facto capital of Raqqa thisweek by U.S.-backed Syrian forces brings the would-be caliphate to the brink of extinction: It has lost 87 percent of the territory it once controlled in Iraq and Syria and probably will soon be driven from the rest. But the terrorists’ defeat raises complex challenges for the United States in Iraq and Syria, where Iran and Russia are entrenching their forces and consolidating influence at the expense of U.S. allies. If there is a countering American strategy, it isn’t evident.

The next four paragraphs spend time highlighting the continuing intrusion of Russia backed Iran and Russia in Iraq and Syria, while also mentioning that Trump doesn’t like the Iran nuclear deal. Several times. They rather forget that said deal sent over a billion dollars to Iran, and has increased Iran’s treasury through the lifting of sanction, particularly by the European nations. Which they can put into anti-US and anti-Israel activities, along with expanding their actions in Syria and Iraq.

Mr. Trump may believe he can extract the United States from Iraq and Syria without harming strategic interests. If so, he is repeating the mistake of President Barack Obama. A failure by the United States to defend its allies or promote new political arrangements for the two Arab states will lead only to more war, the rise of new terrorist threats and, ultimately, the necessity of more U.S. intervention.

There’s several levels to this. First, it explicitly acknowledges that Obama’s policies were disasters. Syria was already in the Russian/Iranian sphere of influence and support, but O’s “leading from behind”, his dithering, his stupid red lines, and so forth emboldened Iran and Russia. Not too mention his incompetence when it came to Libya and Crime (and let’s not forget that the WPEB forgets to say that Trump shouldn’t make O’s mistakes like with those two nations).

Second, part of Obama’s mistake was not using force when force was required. When we read things like “a failure by the United States to defend its allies”, that sure as hell looks like it is expression a belief that Trump should use force now to avoid more war later.

Will the Post defend Trump if he uses American force in the region? Obviously, that’s a silly question, in that they would then blast Trump for something like “neo-con intervention” or whatever talking point emerges. Realistically, Trump doesn’t have a lot of space to maneuver, due to the poor situation Obama left behind.