Poor, oppressed Jimmy Kimmel is now being targeted by “gun nuts” who find it hypocritical and appalling that he would ask women to touch his crotch.

This would explain why he’s too afraid to call out Harvey Weinstein on his disgusting behavior, but it’s vaguely hypocritical because he’s repeatedly mocked Trump for the “p**** grabbing” comment. Or, wait, is that somehow different because Trump is a Republican and it’s cool to go after him?

I can’t keep up these days. 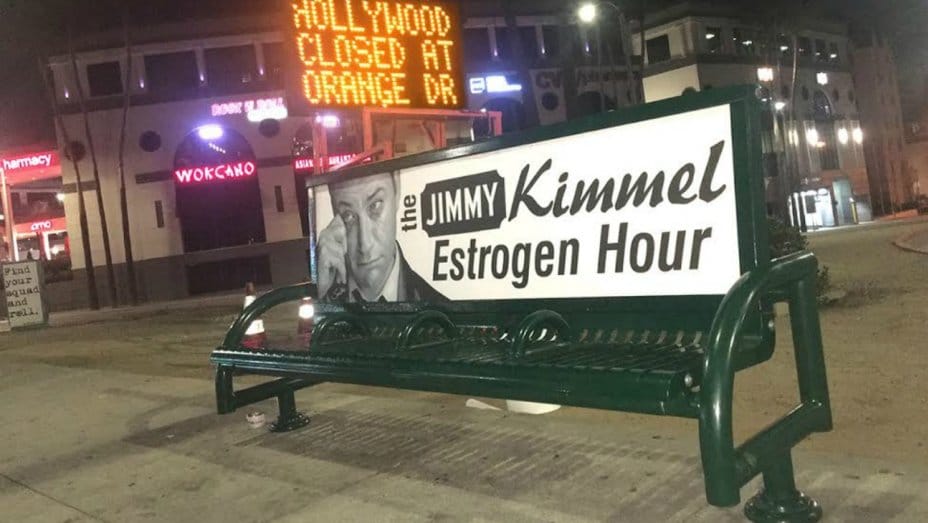 If this was anyone else, feminists and assorted liberal reaction groups would be having a cow. But because Kimmel is a fellow liberal and he’s against Trump, he gets a free pass to do whatever he pleases with few if any consequences.

“What they’re doing now is they’re trying to drag up — especially these gun nuts — trying to take any comedy bit I did out of context and use it as some kind of proof,” Kimmel whined during his interview with Good Morning America.

Aside from the fact that if some random guy with cameras walked up to me and asked me to feel his crotch (or put my mouth on it as he mentioned), I would probably punch him in the junk, this isn’t funny.

One could make the argument that it even perpetuates rape culture, if you really want to turn the narrative around on liberals. Yes, “White, Cis-Gender Male Asks Unsuspecting Women To Grab Him Inappropriately As A Joke; Perpetuates Rape Culture In The Process” sounds exactly like something you’d read from Salon or Mother Jones or some similar website.

If Kimmel isn’t going to apply equal treatment to people on all sides of the aisle, then it might be best for him to just stop addressing these kinds of things at all. The only thing it’s accomplishing is alienating a part of his audience who feel like their political beliefs and ideologies are being attacked by someone who is paid to entertain.

Then again, I don’t necessarily think asking people on the street to feel strange items through your pants is funny, so I can’t say that I would watch regardless of his stance on Trump.