‘Climate Change’ May Have Helped Spark Latest Iranian Protest Or Something 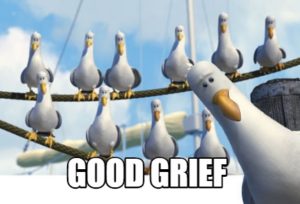 These frickin’ people, it really does act like a cult in that every single thing has to be caused by/linked to anthropogenic climate change

So they started in the 1990’s (in a place that tends to be hotter and dryer) and are just now helping cause the protests?

The impacts of climate change are among the environmental challenges facing Iran that helped spark protests in dozens of cities across the Islamic republic.

At least 20 people have died in the uprising, driven by the sudden collapse of financial institutions, low wages and mistrust of national leaders. Rising temperatures are seen by some experts as an underlying condition for the economic hardships that led to the unrest.

A severe drought, mismanaged water resources and dust storms diminished Iran’s economy in recent years, according to experts who study the region. While the protests are largely driven by resistance to the country’s hardline conservative government, such environmental factors might have contributed to the largest protests inside Iran in years.

Former President Mahmoud Ahmadinejad understood that climate change and water mismanagement was ravaging family farms, and his government provided subsidies to families who struggled to put food on the table, said Amir Handjani, a senior fellow at the Atlantic Council’s South Asia Center. When the current president, Hassan Rouhani, signaled that he would reduce those benefits, enraged Iranians across the nation’s arid countryside joined the wave of protests.

Perhaps they should stop spending so much money funding terrorism and nuclear weapon programs, along with the associated long-range missile technology. And “news” writers shouldn’t be lauding a repressive, hardcore Islamist like Ahmadinejad.

Among the sparks of activism are corruption, nepotism, rippling effects of low oil prices and sour reactions to the Trump administration’s denunciations of Iran, said Barbara Slavin, director of the Future of Iran Initiative at the Atlantic Council.

She said the role of climate change on the protests is “massive” and underreported by the media. The protests have largely sprung from provincial cities that climate refugees now call home, instead of the capital, Tehran. Those areas have traditionally been more conservative and less willing to speak out against the ayatollahs, she said. (snip)

Environmental issues have brought some protesters into the streets, Ehsani said, in part because climate change is now seen as a contributor to inequity. Newscasts on the environment are potentially reinforcing Iranian views, since that topic is not generally censured by government officials. Environmental issues aren’t seen through the same political lens as they are in the United States, he said.

Believe me, the facepalm worthy stuff continues in the article. But, hey, maybe this would get Leftists to get off their butts and support the people protesting against the hardcore Islamist Iranian regime in wanting freedom.