Warmist Bloomberg: There’s Nothing Washington Can Do To Stop Us On ‘Climate Change’ Or Something 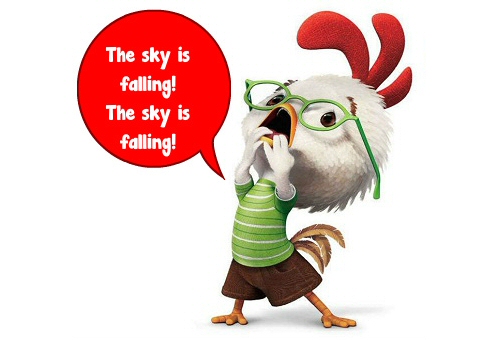 A group of U.S. states, cities, businesses and universities said Saturday they are still committed to curbing global warming even as U.S. President Donald Trump’s administration is walking away from the Paris climate accord.

But the alliance, which has an economy larger than Japan and Germany combined, says it won’t be able to achieve the necessary cut in greenhouse gas emissions without some efforts at the federal level.

“It is important for the world to know, the American government may have pulled out of the Paris agreement, but the American people are committed to its goals, and there is nothing Washington can do to stop us,” former New York City mayor Michael Bloomberg said at a global climate meeting in Bonn, Germany.

First off, it’s doubtful that Trump even cares. Defying? Really? These same people took fossil fueled trips that put out a higher carbon footprint that the average of most citizens of the world[3] to head to Bonn, Germany, to complain about stuff regarding ‘climate change.’ Trump has never once made a statement that citizens, municipalities, and states shouldn’t take action if they wanted. He’s said that Washington will not be part of an executive agreement that takes our money and sends it elsewhere for some mythical solution.

Second, along those same lines, neither Trump nor Washington has never said they wanted to stop the Warmists from doing their own thing in states, cities, and citizen action.

“In the United States, we have a federal system, and states have real power as do cities. And when cities and states combine together, and then join with powerful corporations, that’s how we get stuff done,” he said.

Stuff like taking long fossil fueled flights and artificially increasing the cost of living in California with a carbon tax that isn’t working?

The group calling itself “America’s Pledge” said states, cities and private groups have been taking considerable steps to reduce emissions by promoting renewable energy use and climate-friendly transportation systems.

“This is a pledge, and it’s a pledge that you can cash, because it’s real,” Brown said. “We are doing real stuff in California.”

I guess they flew on solar powered planes or used dirigibles to get to Bonn? These same people often sue to stop big renewable projects like wind, solar, and especially nuclear and hydrothermal. But, um, see, there’s a problem with the whole “nothing Washington can do” and “we’re totally acting on our own” memes

In a report, however, the group said that “we cannot underscore strongly enough the critical nature of federal engagement to achieve the deep decarbonization goals the U.S. must undertake after 2025.”

Oh, so they do need the federal government. Of course, the question is “why”, and the answer is to force citizens across the country to comply with the mandates from Cult of Climastrology, the same mandates that the CoC members refuse to honor in their own lives. It’s all about power and money, because even the hardcore Warmists admit that the Paris agreement really does very little.

I’m wondering when all these Warmists, and their cities and states, will redistribute their own money to developing nations, which is a primary point of the Paris Climate Agreement.

Regardless, at the end of the day, Warmists are simply pushing policies of governmental power, taking more money from citizens, and looking to control them. More climate friendly transportation is about limiting and controlling movement. Call it Stateism, Marxism, Progressivism, whatever. Power, control, money.