“Race Card” Not Enough to Protect Obama from Lies and Incompetence

To say the ObamaCare rollout has been difficult for President Obama is an understatement.

It is the epitome of a disaster. 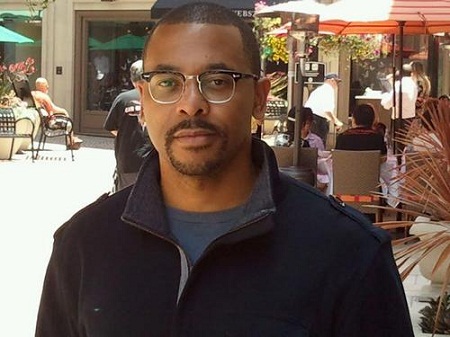 Obama has been in damage-control mode since: October 1. : The release of his signature legislation, the misnamed Affordable Care Act (ObamaCare), has been disastrous. : Bureaucratic incompetence is on full display as the website slows, freezes and crashes, preventing millions of Americans from enrolling in Obama’s new entitlement program, or even from shopping on the exchanges to see what they offer.

Worse still is Obama’s apparently intentional lie claiming that people would be able to keep their current health care plans after ObamaCare’s debut — a lie the President made dozens of times, despite his advisors warning him against doing so.

Obama went so far as to sometimes add a verbal “period” to his promise to remove any ambivalence, doubt or suspicion that there were any qualifications to his pledge.

There was no asterisk, footnote, endnote, parenthetical or amendment to that promise. : It was as straightforward a promise as one could give.

Obama added: “No one will take it away. : No matter what.”

White House advisors advised the President against saying it. : Obama and his advisors knew such a pledge was false.

In June 2010, the Obama Administration reported in the Federal Register that ObamaCare would require the cancellation of an estimated 66 percent of small employer and 45 percent of large employer health care plans. : 156 million Americans receive health insurance via their employer.

Another approximately 25 million Americans purchase health insurance on their own. : Of them, the Obama Administration predicted in the Federal Register in 2010, “40 to 67 percent” will be unable to continue purchasing their pre-ObamaCare policies under ObamaCare.

Obama ignored his staff’s warnings and proceeded with his deceit.

Despite widespread public attention to the President’s foolish lies, rather than admit his colossal blunder, Obama doubled down on his lies with even more lies. : With a straight face, he explained we didn’t hear what we thought we heard. : What he said, he actually didn’t say.

Some supporters, such as the New York Times, claimed he “misspoke.” : Others said Obama made a “mistake.” : Some even claim he didn’t lie at all.

It’s what a lot more are not saying, however, that deserves attention.

Throughout his presidency, critiques of and disagreements with Obama have been called “racist.” : The race card often explained away Obama’s mistakes and inadequacies, deflected warranted criticism and defended questionable leadership unworthy of the office of the Presidency.

But Obama’s supporters seem to have, at least temporarily, lost their race card.

Obama, it appears, is no longer black.

Obama lied to Americans, including supporters, about keeping their policies. : Everyone’s angry. : His supporters are no longer willing to stretch credibility to protect him.

Obama’s lies are catching up to him. : He’s no longer the black president above reproach. : Now,Obama is simply a president deserving of criticism and condemnation for lies that are putting millions of Americans in economic and physical distress.

No longer protected by the soft bigotry of low expectations, Obama will, I hope, be held to the same standard as past presidents. : That’s what critics wanted all along.

The race card appears to be off the table, and his supporters racially disarmed. : It’s a shame it came at the expense of President Obama’s credibility and integrity.

Derryck Green, a member of the national advisory council of the Project 21 black leadership network, received a M.A. in Theological Studies from Fuller Theological Seminary and is currently pursuing his doctorate in ministry at Azusa Pacific University.:  Comments may be sent to: [email protected][2].