Some pundits are saying that President Obama has been floundering in his response to the ISIS crisis because public opinion polls show most Americans don’t want another war.

In all my 84 years, I cannot recall a time when most Americans wanted war. That is something we should be proud of. But wars are not always optional. 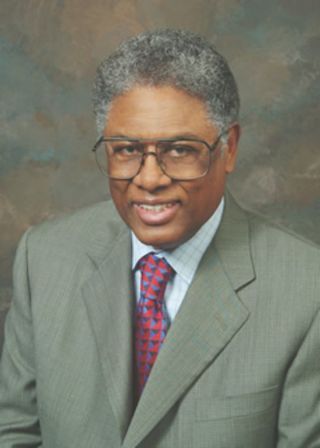 Even World War II — which some have called “the good war” — was not something that most Americans wanted. But the Japanese took that decision out of our hands when they bombed Pearl Harbor on December 7, 1941. And Hitler removed any possible doubt when he declared war on us shortly afterward, making sure that we were in the war all over the world.

No one has promoted the dangerous notion that war is optional more than Barack Obama. He declared peace in Iraq when he pulled American troops out, and he declared victory over Al Qaeda because his administration had killed bin Laden (with an assist from the Navy SEALS). But all this make-believe has come back to haunt him, as make-believe often does.

With an eye on the upcoming Congressional elections, Barack Obama has assured all and sundry that there will be no American “boots on the ground” in the fight against ISIS. But telling your enemy in advance what you will or will not do is not the way to win wars.

This is not rocket science, and Obama either already knows it or he has military advisers who will tell him, if he will listen. But the military have their priorities and Obama has his, even if his political priorities can end up costing far more American lives than hitting ISIS with everything we have got ASAP.

The longer the war drags on, through half-measures and tentative tactics, the longer ISIS has to recalibrate its strategies and to sneak its agents into the United States, to launch terrorist attacks inside the American homeland. We can either kill them over there now or have them kill Americans here later.

The longer our potential allies have to wonder whether President Obama is serious, the longer they will hold back from making full commitments, knowing how the Obama administration began by betraying existing American commitments to Poland and the Czech Republic, followed by undermining Israel’s position in the Middle East and then throwing Ukraine to the wolves when push came to shove, by refusing to let them have weapons to defend themselves.

When Winston Churchill surveyed the staggering magnitude of worldwide carnage and destruction at the end of World War II, he said that there was never a war easier to prevent than the one which had just devastated so much of the world.

He said that the earlier we would have opposed Hitler, the lower the cost would have been. At one time, according to Churchill, a memorandum could have stopped Hitler, given the balance of military power against him early on.

When Hitler stationed troops in the Rhineland in 1936, in violation of major international treaties, the military commanders in charge of those troops had orders to retreat at the first sign of French military opposition, since France alone at that point could have overwhelmed the German army as it existed then.

Although France at that point was militarily capable of stopping Hitler in his tracks, and preventing World War II, politically the French government dared not move. The French people, with the horrors of the First World War still painfully vivid in their memories, wanted no part in military operations.

The net result was that Hitler grew stronger militarily over the years and then invaded France at a time of his choosing. The French then found themselves at war, whether they wanted to be or not. And they soon found themselves defeated and subjugated under Nazi rule.

Barack Obama has done more than anyone else to promote the dangerous illusion that we can choose whether to have a war or not. But our enemies have already made that choice.

Retired Marine Corps General James Mattis said: “No war is over until the enemy says it’s over. We may think it’s over, we may declare it over, but in fact, the enemy gets a vote.”

Thomas Sowell is a senior fellow at the Hoover Institute and author of The Housing Boom and Bust[2].