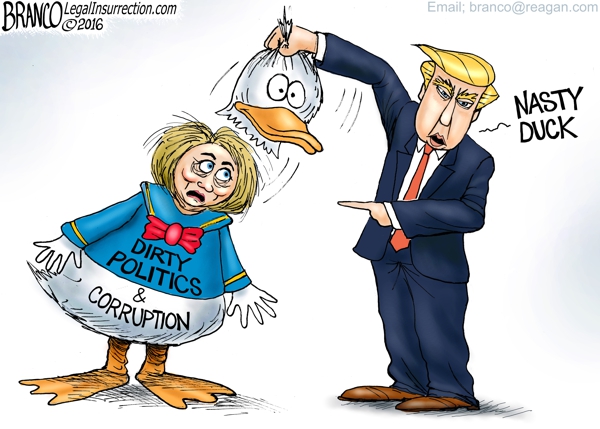 Some will claim “this is old news!” Au contraire, it highlights that anyone screeching about Russia Russia Russia in relation to Trump should take a hard look at Hillary Clinton, Barack Obama, and his administration

(The Hill[2]) Before the Obama administration approved a controversial deal in 2010 giving Moscow control of a large swath of American uranium, the FBI had gathered substantial evidence that Russian nuclear industry officials were engaged in bribery, kickbacks, extortion and money laundering designed to grow Vladimir Putin’s atomic energy business inside the United States, according to government documents and interviews.

They also obtained an eyewitness account — backed by documents — indicating Russian nuclear officials had routed millions of dollars to the U.S. designed to benefit former President Bill Clinton’s charitable foundation during the time Secretary of State Hillary Clinton served on a government body that provided a favorable decision to Moscow, sources told The Hill.

The racketeering scheme was conducted “with the consent of higher level officials” in Russia who “shared the proceeds” from the kickbacks, one agent declared in an affidavit years later.

This is a long, long article, the kind of investigative journalism that we did not see, for the most part, during the Obama administration. It goes to the sale of the company Uranium one to a Russian company Rosatom, giving Russia a 20% controlling interest in America’s uranium supply. And, under Obama, his FBI refused to bring charges in 2010, instead going on to investigate for another four years. And they still barely did anything.

This is all icing on the cake regarding what Team Obama was doing with Uranium One, and how Hillary, Bill, and their foundation profited heavily from the sale. It shows how Team Obama ignored what the Russians were doing, which had national security implications. But, hey, Russia put some ads on Twitter! Doom!

Meanwhile, the Unhinged Moonbats at Newsweek[3] are still fantasizing about a way to put Hillary in the White House post Trump-Russia investigation.