A vicious stabbing attack has left one dead and eight injured. The sick attack happened at the Crossroads Mall[1] in St. Cloud, Minnesota.

The suspect is deceased and authorities are not sure of the motive. One person was taken to the hospital and the suspect is the lone death. 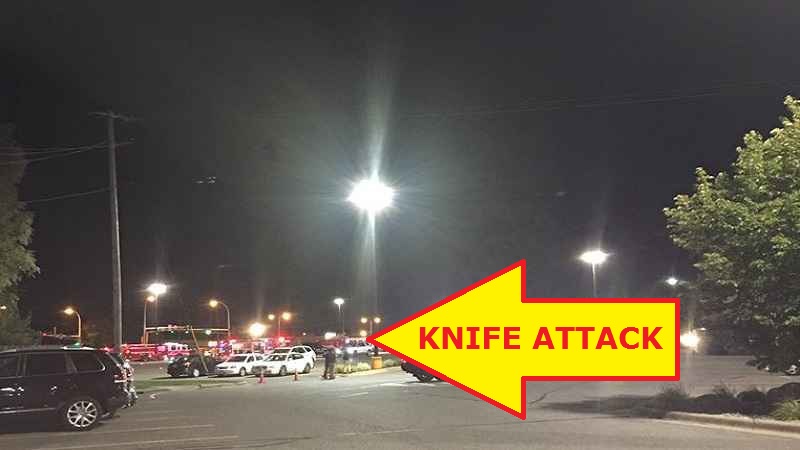 According to authorities, the suspect died inside the mall.

Of the eight victims, only one was admitted to the hospital.

Investigators responded to the mall around 8:20 p.m. Saturday.

This attack leaves another community in complete distress and turmoil. Why are there random attacks leaving people dead and injured, yet it seems like the attacker has little motive whatsoever. Hurting random people doesn’t make sense.

This week was basically the week of terror. There was a cop shot in an ambush[2] in West Philadelphia (thanks to Black Lives Matter), explosions in Manhattan[3] and a popular Jersey Shore location called Seaside Heights. That’s the same beach town where Snooki used to practice getting impregnated by strangers until she met her main guy.

Nasty attacks. Vicious violence. None of it makes sense.

I can’t wait until the anti-gun nuts start banning sharp objects. The leftists are too stupid to realize this is a people problem and not an object problem.

That knife didn’t take itself to the mall and stab people with it in a random attack. That poor knife has no idea what it just did. The knife can’t make a decision on its own to buy a few polo shirts at Macy’s, then stab random people.

That’s not how things work.

I’m still waiting on the identity of this mass stabber to be revealed. I want to see if it was another terrorist looking guy or some nutcase mental health white guy who was teased in high school.

This has been a very violent week and I hope it settles down. None of the violence is needed.