Donald Trump certainly nailed[1] it on the illegal immigrant issue, didn’t he? This doesn’t even show statistics for this year, which I bet have exploded and are off the charts entirely. Millions of Americans feel very, very strongly about illegal immigration and Donald Trump is campaigning on winning our country back from a silent coup brought on by both sides of the political aisle and the Washington Cartel. These statistics, as alarming as they are, don’t include primary federal offenses, and they don’t include local convictions or sentences, which is where most rape and murder cases would appear. Do the math. 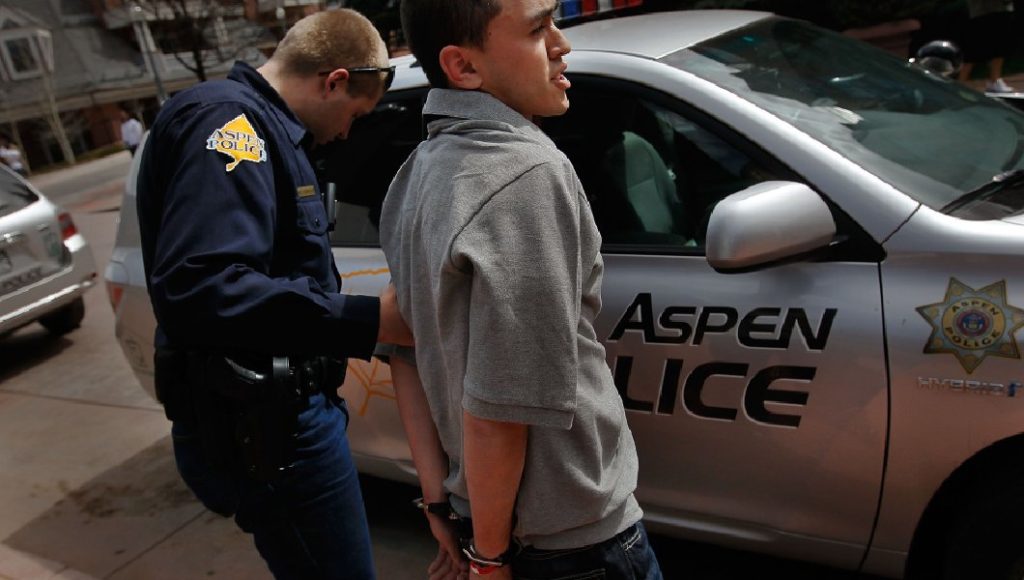 Of the more than 2,200 people who received federal sentences for drug possession in fiscal year 2014, almost three-quarters of them were illegal immigrants, according to new data from the United States Sentencing Commission.

Illegal immigrants also made up more than one-third of all federal sentences, that data said.

The commission’s data showed a slight decline in the total number of illegal alien sentences from 2013 to 2014, but still showed that the illegal population is a major contributor to federal crimes in America.

In 2013, illegal immigrants were responsible for 38.6 percent of all federal sentencing, and that dropped to 36.7 percent in 2014.

In 2014, 1,681 illegal aliens were sentenced, and they made up 74.1 percent of the total. Illegal immigrants were also 16.9 percent of all federal drug trafficking sentences.

The data became public just as Republican presidential candidate Donald Trump has pushed for tougher immigration laws, and has cited last week’s shooting death of a California woman at the hands of an illegal immigrant as the latest example of the need for more enforcement.

As expected, illegal immigrants made up vast majority of sentences for immigration-related crimes — 91.6 percent.

All the non-citizens are combined — including legal and illegal aliens, extradited aliens and those with unknown status — contributed to 42 percent of all federal sentencing in 2014.

The commission’s statistics only include primary federal offenses, and don’t include local convictions or sentences, which is where most rape and murder cases would appear.

America had way more than our share of criminals before all this border nonsense mushroomed. Now, our prisons are overflowing with illegal alien criminals and rape and murder is the norm out there. The gangs are ruling more and more territory and to live in any major city now is akin to playing Russian roulette. Our government is allowing thousands of felons to prey on Americans and do as they please. They are deported and let back in. Most are never even deported. Those that make it to prison don’t stay there long and many, many of their crimes just go unchecked. Is it any wonder that when someone like Trump stumps on this issue, he is lionized and treated like a rock star? America is furious over this and voters are willing to follow anyone who will stand up and take on that issue. As Mark Steyn said[3], “So, if Donald Trump is the only guy willing to bust beyond those bounds, we owe him a debt of gratitude.” Exactly right.