Mueller Is Just The Beginning, Panetta Says Democrats Are Likely To Be Indicted Too [VIDEO]

This is just fascinating to me. People who know me, know I am no fan of Leon Panetta. At best he’s a progressive, at worst, a Marxist and I lean towards the latter. Having said that, he’s warning the Democrats that Mueller is just getting warmed up and Democrats are likely to be indicted too. I absolutely believe he is right. This may have started out as a look-see at the Trump campaign’s colluding with Russia, but it is far more reaching than that now. Now, it has turned into a lobbyist crackdown. Already, Manafort and Gates have been indicted. Tony Podesta’s neck is on the chopping block as well. He stepped down from his company yesterday.

If I were the left, I wouldn’t celebrate too hard over yesterday’s events. Because they are next. Why? Both politicians on the right and left of the political aisle have been tied up with the likes of Manafort, Roger Stone and the Podestas for decades. It’s one of the biggest reasons that DC is flooded with Russian and Chinese money and influence. I think Mueller is doing this for his legacy and he’s going after everyone from what I hear. I hope that is true. It’s long overdue. 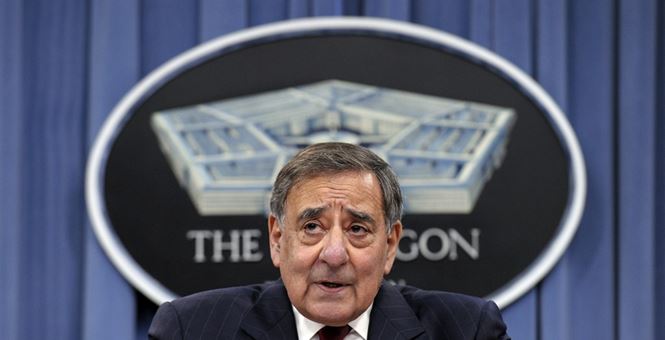 Panetta is warning both sides should wait and see what Mueller does before celebrating or judging the investigation. Sage advice. “I think one thing is for certain, that we are at the beginning of this investigation, not at the end of it. And as a result of that what these indictments may indicate, is that as a result of it, there will be other trails of evidence that will be followed by Bob Mueller,” he said. Panetta said Mueller is likely to be bipartisan in his indictments. “I think there’s probably a very good bet that additional indictments will be forthcoming and could involve members of both parties.” Agreed.

He’s also warning people to take the investigation very seriously. “I think we’ve kind of crossed a threshold now that we are dealing with a very serious investigation,” Panetta said. When the dust settles, Panetta believes the full investigation will expose Russia’s dealings and the 2016 election. Russia has been mired in our dirty politics forever. If you can be bought or turned, Russia is there for you. They love the chaos. It’s as I said in the election… they didn’t care who was elected. They had a plan either way and that is exactly what is happening here.

Leon Panetta: Probably a good bet that additional indictments are forthcoming, could involve members of both parties https://t.co/A0VDnampsy[2]

“This is very serious, that it’s being handled in a responsible and professional way, and that I think rather than labeling this as false news or as a fraud of some kind, I think both the President and the American people ought to understand that we are now seeing a serious investigation into just exactly what role Russia played in the last election.” Many are urging that Trump fire Mueller, but Panetta says that would backfire and he may be right.

“Well, again, you know, we saw what happened when Richard Nixon engaged in the Saturday night massacre in the hope that somehow that might stem the investigation into Watergate. That didn’t happen. It — it actually created even greater momentum in that investigation,” he stated. “So I think if the President were to make any effort to go after Bob Mueller, any effort like that would be viewed as indicating that the president really does have something to hide and probably would result in an even more vigorous investigation of just exactly what was involved here.”

I would say this though, a separate special counsel should be appointed to dig into Hillary Clinton and the fake Russian dossier and the Uranium One deal. Throw Skolkovo in there as well. It is a conflict of interest for Mueller to handle that and we need to get to the bottom of that too. Go after all of them and let the truth win out here.