[VIDEO] Obama’s Lies About The Crusades vs Islamic Jihad

As Obama continues to push his lies about how the Crusades are “just like” today’s modern Jihadists, others are pushing back on his lies. 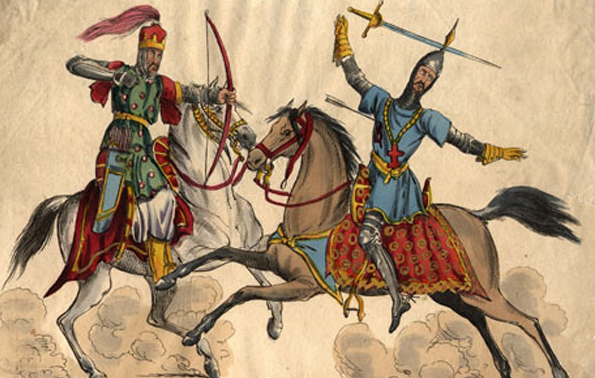 Obama’s sophist point was that the Christian Crusades of over 500 years ago were “bad too,” just like what the Muslims are doing today by murdering millions of people a year.

Of course, it is utterly meaningless about what Crusaders did over 500 years ago, but that point doesn’t even matter. The fact is his comparison lacks any historical accuracy[1] as the following video shows.

The FACT is the Crusades were a defensive battle against invading, war-like Islam.

Now what the short video that explains the difference between an aggressive Muslim expansion and the Crusades which began in 1095, when armies of Christians from Western Europe responded to Pope Urban II’s plea to go to war against Muslim forces in the Holy Land. To understand the magnitude of what President Obama said, it is important to understand the history behind both battles.

And for those of you who believe that Islam can co-exist happily along side other religions, take a look at what has happened to Turkey; which was once a Christian nation.

The same can be seen in all nations Islam enters. At one time Egypt, North Africa, Iraq and Syria were Christian nations. Now they are mostly Muslim.

Islam is and always has been the attacker.