The Palestinian terrorist group Hamas was very quick to speak after President Trump declared that Jerusalem was the capital of Israel. They called it a “flagrant aggression against the Palestinian people.” No, it was the right thing to do. Just because terrorists don’t like it, does not negate the fact that Jerusalem is the rightful capital of Israel. As a devout Christian, I believe that God will bless President Trump and America for doing this. It should have been done long, long ago. If violence comes, it will not be Trump’s fault… it will be the bigotry and anti-Semitism in the Middle East that ignites it.

In his speech today, President Trump said his announcement marked the beginning of a new approach to the Israeli-Palestinian conflict. In the end, it may bring peace. But for now, it could bring war and we will stand with Israel no matter what. Hamas urged Arabs and Muslims to ‘undermine the US interests in the region’ and to ‘shun Israel’. When you hear Hamas speak, you are hearing Iran speak. They are the proxies of the ayatollahs in the Gaza Strip. 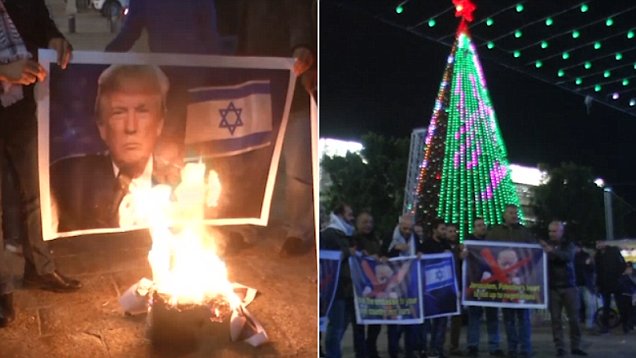 The threats flowed after Trump’s speech. Hamas political leader Ismail Haniyeh said the Palestinian people “know how to respond properly to the disregard of their feelings and sanctuaries.” Yes, with terrorism and bloodshed. He added that the decision “will not change the facts of history and geography.” He’s right about that too… the history has always been in favor of the Jews. The Palestinians are a made up people and the Jews were there long before they even existed. What President Trump did today is historic and it rocked not only the Middle East, but the entire globe. It was almost prophetic.

“Israel is a sovereign nation with the right like every other sovereign nation to determine its own capital,” Trump declared from the White House. “Acknowledging this as a fact is a necessary condition for achieving peace.” That took stones. It was an act of courage and morality. It was an act of a true leader… Trump did what presidents before him only gave lip service to. “It is time to officially recognize Jerusalem as the capital of Israel,” Trump said, urging calm and “the voices of tolerance to prevail over the purveyors of hate.”

The United States is beefing up security at our embassies as I write this. We are prepared for whatever may come. Our allies and foes alike are condemning President Trump for this move, but righteousness and history is on his side. Americans support this overwhelmingly. In my home, there is celebration tonight and tears of joy for our Israeli brethren. This ends seven long decades of ambiguity over Jerusalem. It is yet another campaign promise that President Trump has kept.

This was welcomed by Israel’s Prime Minister Benjamin Netanyahu as a “courageous and just decision.” But Israel’s enemies, of which there are many, had anger and hatred bloom darkly. Mahmud Abbas’s Palestine Liberation Organization said Trump has destroyed the two-state solution, warning the United States could no longer hope to be a peace broker, while Hamas said Trump’s decision opens “the gates of hell on US interests in the region.” The gates were already opened by radical Islam and we are fighting the demons that have been pouring forth.

Trump is now readying the US to move our embassy from Tel Aviv to Jerusalem. Possible sites are being scouted. I may have my differences with President Trump and I may not approve of everything he has done, but I bow my head to him on this. Today is a great day and he has stood tall where others have shrunk away. It marks a new chapter in history for the bond between Israel and the US. “Many presidents have said they want to do something and they didn’t do it,” Trump said in the run-up to his historic address. “Whether it’s courage or they changed their mind, I can’t tell you,” he said. “I think it’s long overdue.” Respect.

Turkey stepped forward and called the decision ‘irresponsible’ and illegal. The Red Pope denounced the move as well. No matter… right is right. It will take years probably to move the embassy, but it is coming now. Hundreds of Palestinians burned US and Israeli flags as well as pictures of Trump in the Gaza Strip, while relatively small clashes erupted near the flashpoint West Bank city of Hebron. Palestinians called for three days of protests – or ‘days of rage’ – starting today. I say bring it.

Turkish President Recep Tayyip Erdogan called for a summit of the Organization of Islamic Cooperation (OIC), the main pan-Islamic body, in Istanbul next week to display joint action over Jerusalem. Jordan and the Palestinians also called for an emergency meeting of the Arab League.

Jerusalem has always been the capital of Israel. The Israelis will never split it or share it. They were there long before the Palestinians. For Christians, it holds tremendous religious significance and Christians stand with Jews in claiming it as the capital of Israel. The US does not bow before the United Nations and our President does not grovel before other leaders. Get used to it. This is not Barack Obama’s presidency.

President Trump says that this merely recognizes the reality of Jerusalem being Israel’s capital. It changes nothing else and has no effect on peace talks. “This is nothing more or less than a recognition of reality. It is also the right thing to do,” Trump stated. “Peace is never beyond the grasp of those willing to reach it,” said the President, who declared that “this decision is not intended in any way to reflect a departure from our strong commitment to facilitate a lasting peace. The United States would support a two-state solution if agreed to by both sides,” Trump said, as he announced that Vice President Mike Pence would travel to the region in the coming days. 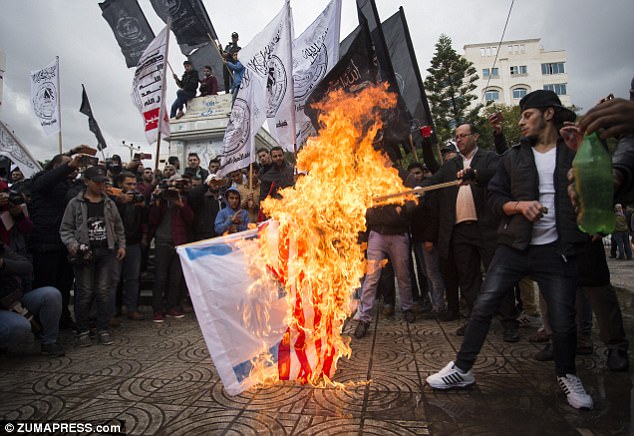 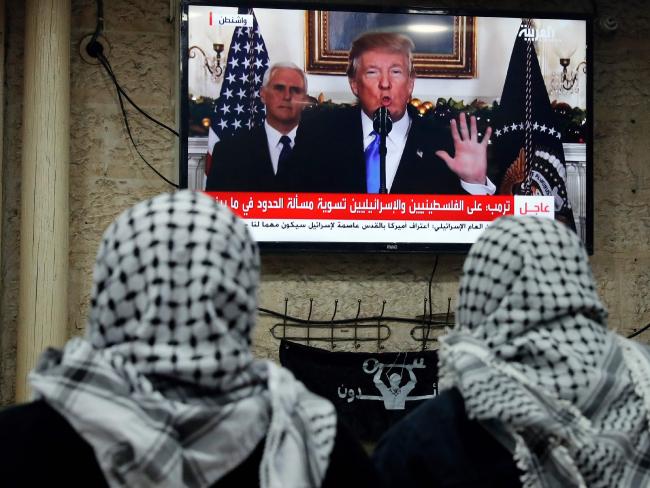 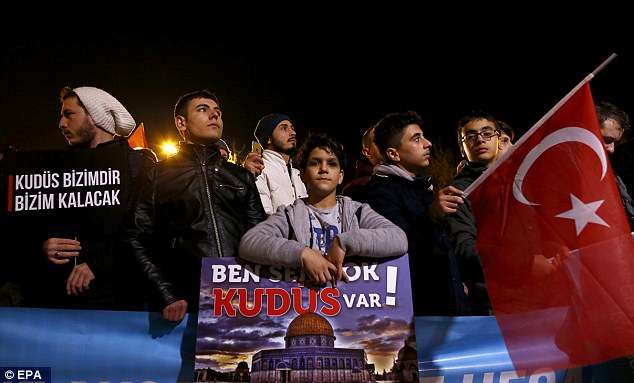 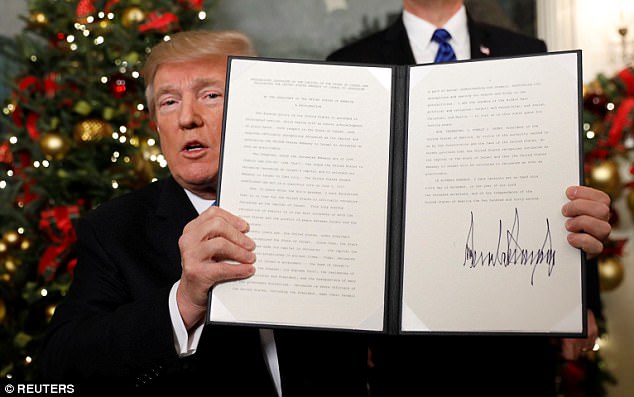 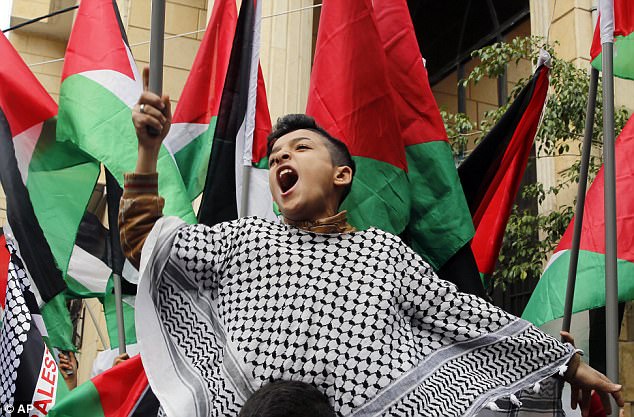 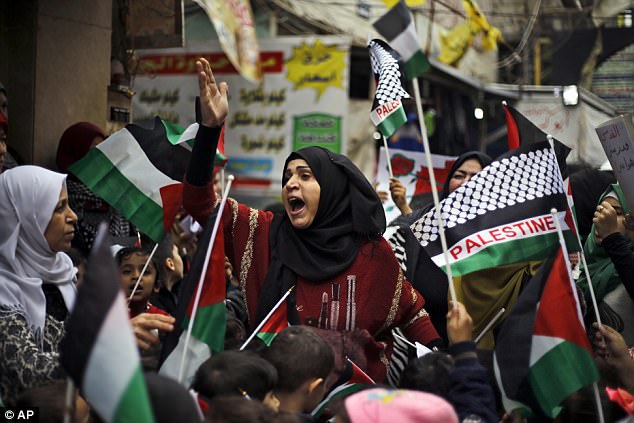