Last night was not a good night for Republicans. They got trounced in Virginia, who elected a lesbian, a transgender and a Democratic Socialist. In New Jersey, the Democrat won there as well promising to make the state a sanctuary state. Other states going blue were New Hampshire, Georgia, North Carolina, Florida and Washington. In New York, they reelected commie de Blasio. Of course, Hillary Clinton was quick to take credit, which is laughable. Most of these states were blue to begin with, but a few were swing states. I will say this, it’s a bad omen for 2018.

Listen to the Hildabeast pat herself on the back, “Last night was a great reminder of what’s possible when we come together and fight for what we believe in,” Clinton tweeted Wednesday morning. “So I wanted to take a few minutes to celebrate the extraordinary successes of a few groups I – and Onward Together – proudly fight alongside.” I’m disturbed by the hard leftwards lurch states are moving towards. They are going full commie. But I doubt it is the influence of Clinton here. It’s more Sanders and Warren. Clinton sent out eight more tweets giving shout-outs to a number of groups that popped up since her stinging election loss a year ago today to President Donald Trump. 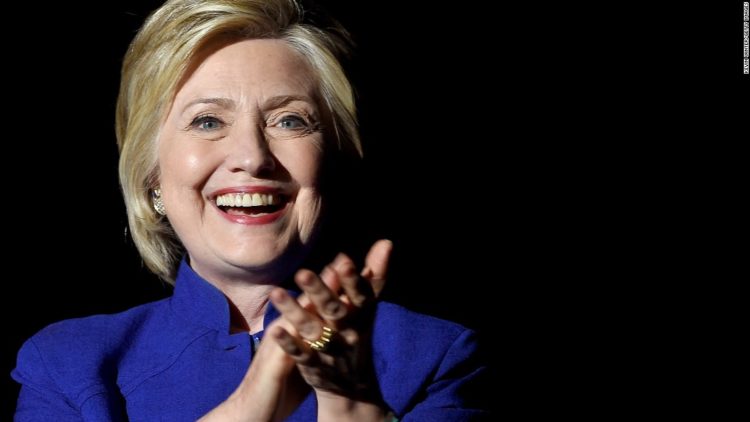 The media is practically giddy this morning, thinking that this means they will take the House of Representatives back. Man, I hope that is wrong. If they do, we are done for. I’ve watched this year as four Republicans alone in Texas have announced they will not run again. Others across the country are saying the same thing. They aren’t all RINOs and this is very bad news for the GOP.

Clinton started out by thanking the group Run for Something, co-founded by Amanda Litman, a former Hillary Clinton staffer, and Ross Morales Rocketto, who worked at a Democratic public affairs firm started by Obama administration officials. “Twenty-five of the local candidates they helped to recruit and run won,” Clinton boasted. “They tell me about 10 per cent of first-time candidates usually win, but 40 percent of @runforsomething candidates came out on top yesterday.” Clinton also praised Emerge America, which trains women leaders, who she said trained nine of the candidates who won Democratic seats in the Virginia House of Delegates. 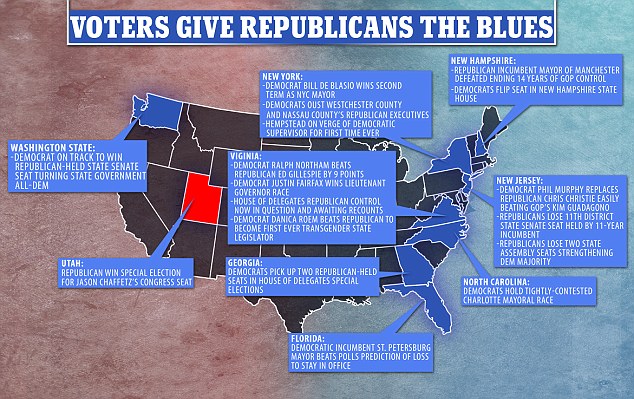 Right now as it stands, the Dems are on track to win 15 seats in the Virginia House of Delegates. It’s a small gain for a party that lost almost 1,000 state-level seats during Obama’s reign. Another group to help the Dems was Indivisible. They are a group of progressive former Capitol Hill staffers that are employing Tea Party tactics to go after President Trump. And what would a Marxist election move be without Van Jones’ Color of Change. They took Philadelphia’s district attorney race for the Dems with Attorney Larry Krasner who won that race on a platform of criminal justice reform, being branded nationally as someone on the front lines of the fight against mass incarceration.

“So many group own a piece of last night’s victory, from @TheDemocrats to @EMILYslist to @TheDLCC,” Clinton chirped. “It’s remarkable to watch our Democratic family – groups with decades of victories and those born in the aftermath of the last election – team up to make nights like last night possible,” she said. Yep, but they’ve got an uphill fight to take back the House, thank God. Clinton acknowledged that, “As we celebrate, let’s also remember the work ahead,” she said. “Proud that groups that Onward Together supports – including @SwingLeft, which is laser-focused on taking back the House – have been making incredible progress in the fight for 2018 and beyond. Onward!” Clinton said. Ah, yes the slogan of a devout, arrogant communist. 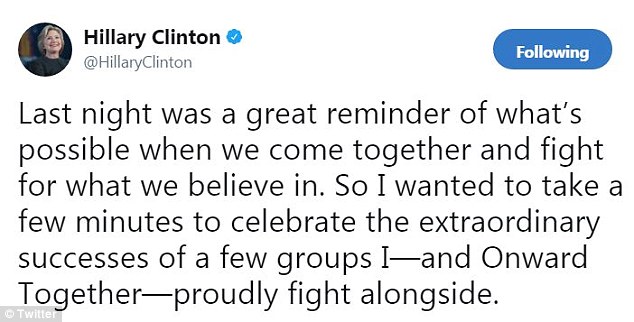 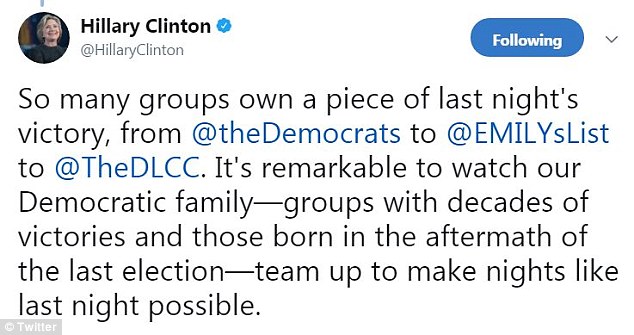 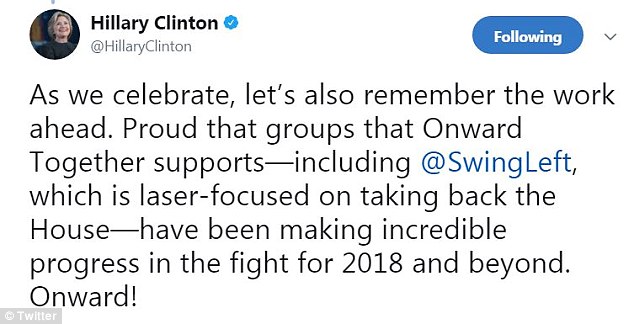