It’s Come To This: Sheriff Officers Were Under Investigation For Reporting Illegals To ICE 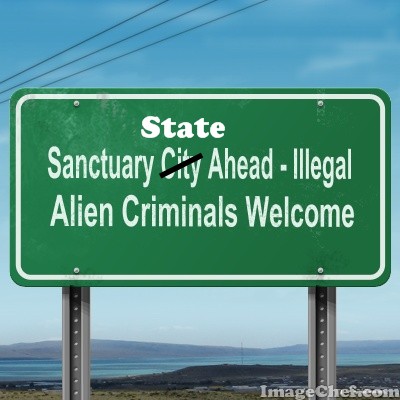 This is an amazing thing

In an email this afternoon, the Multnomah County Sheriff’s Office says a months-long investigation into the deputies’ contact with US Immigration and Customs Enforcement (ICE) agents “revealed areas where policy direction was not clear, and members were conducting business within the parameters provided by a previous administration. The case files have been closed with a finding of not sustained.”

The MCSO began investigating deputies conduct early this year, after it became clear that Close Street deputies were helping ICE agents locate people wanted for potentially violating immigration law. As revealed in emails obtained by the Portland Tribune[3], deputies Keith Fisher, Larry Wenzel, and Karl Kolberg all had interactions with ICE agents that raised questions about whether they were violating Oregon laws[4] against using public resources to enforce immigration law, to say nothing of the MCSO’s own “sanctuary” policies.

Think on that: these deputies were under fire for enforcing federal law, which takes precedence over state, local, and county law when it comes to immigration, as the Constitution gives Los Federales this power. They could have potentially been fired for daring to alert federal authorities on the whereabouts of people who are unlawfully present in the United States. Law enforcement is supposed to uphold all laws. These sanctuary jurisdiction policies demand that the people tasked with enforcing law not only ignore criminality, but can get in trouble if they don’t.