Spineless State Department On U.S. Weapons, Equipment, Vehicles Stolen By Houthi Rebels in Yemen: “We Are Requesting That They Be Returned” [Video]

Obama ordered our brave Marines[1] to evacuate – to make it look like they were running in fear. He deliberately wanted to embarrass them – he didn’t even provide military escort. They had to leave on private planes. The State Department made them leave vehicles and weapons behind as well. I highly doubt, asking the Houthis nicely for our stuff back will work. Just sayin’. The Pentagon is claiming that the weapons were destroyed before being handed over. I have my doubts. And it is all okay, because the Obama Administration says you can trust the Yemeni rebels. They are absolutely delusional. Death to America is not just a saying there, it is a way of life. 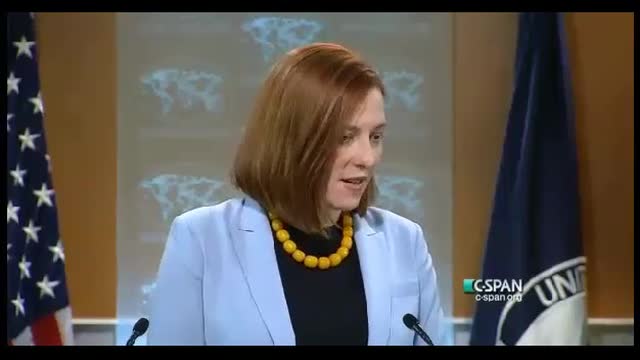 Earlier this week the United States and other western powers evacuated Yemen, citing concerns about security in the rapidly deteriorating country. On the way out of the country, U.S. Marines were instructed to destroy their weapons and U.S. vehicles were taken over by Houthi rebels.

Now, without a presence there, the State Department is arguing rebel Houthis can be trusted to keep their word and to respect the U.S. embassy until it can be reoccupied. Houthis have been seen on video calling for “death to America,” just brought down the U.S. backed Yemeni government and have ties to terrorism.

Last night on The Kelly File, State Department spokeswoman Jen Psaki tried to explain why U.S. officials are taking the Houthis at their word.

“Do we want to return to Yemen? Absolutely. That’s why we suspended our operations, we plan on returning when we can. The Houthies have said they’re not threatening, they don’t want to go after the United States, well the proof is in the pudding,” Psaki said.

Anchor Megyn Kelly pointed out that the Houthis post signs that read “Death to America” at checkpoints and Psaki doubled down on her point about trusting the rebels.

In September 2014, President Obama upheld Yemen as a success.

They don’t want us back in Yemen – ever. Islam as a whole wants all American infidels out of Muslim lands. Do you know what these radical Islamists do with Westerners who are stupid enough to join them? Unless it is a good-looking woman they can take as a wife (sex slave), they use them as suicide bombers. They are disposable – no good on the battlefield. If they run, they execute them. That’s how much they want Americans. Psaki is nothing but a propagandic mouthpiece for Obama and he thinks no Muslim can do anything out of line. And if he does, it’s our fault and we should have to pay for it because we had it coming. Yemen was a gift to Iran by Obama. The first of many.