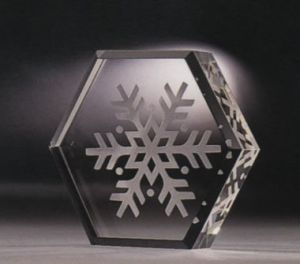 If you haven’t seen the amazing video[2] of Special Snowflake Edith Macias taking the MAGA hat from Matthew Vitale’s head and then ranting on about this and that and the other, it should be watched. It’s an education in the mindset of the entitled Special Snowflakes who are Offended and demand that people have their 1st Amendment Rights taken away over it. Edith could soon get an different type of education

(Fox News[3]) A college student in California who says he was assaulted by a classmate for wearing a ‘MAGA’ hat on campus said he plans to file criminal charges against his attacker.

Matthew Vitale, a member of the University of California, Riverside Republicans, said he was “stunned” when classmate Edith Macias snatched his “Make America Great Again” hat from his head during a campus meeting.

Vitale alerted authorities after the incident but declined to press charges because campus police told him it would only be a misdemeanor. But then Macias posted a bizarre, profanity-laced[4] “SnatchAHat” video online, which eventually went viral, that showed her physically removing the hat from his head – and then verbally attacking him for promoting “genocide.” By showing that she took it off his person, the crime rose to the level of felony, Vitale said campus police told him.

“Honestly, this isn’t me trying to get revenge on her,” he told Todd Starnes during a Fox News Radio interview, “this is me just trying to say: ‘Look, behavior like this is not tolerated in this country. There are individual rights and individual freedoms that we are granted as per the constitution, that everybody’s granted. It doesn’t matter what your beliefs are.’”

There’s nothing wrong with getting “revenge” on her for stealing his property while wearing it, refusing to give it back, and going on a deranged Snowflake rant accusing him of things like genocide for wearing a hat. She screeches in the video “Look at the kind of sh*t he’s wearing, You know what this represents? This represents genocide—genocide of a bunch of people.”

Lunatic supporters started a Statement Of Solidarity With Edith Macias[5], which is as nutty as you’d expect. Perhaps seeing Edith charged with a felony will give them a glimpse into how the Real World works and changed their behavior? Probably not. They’ve been trained to be Unhinged Snowflakes.

The statement also claims that Macias has been “doxxed” and “harassed,” and they demand the university pay Macias’ rent, grant her amnesty, cover her legal fees, condemn white supremacist violence, and support a sanctuary campus.

Furthermore, Edith started a GoFundMe[6] page asking for rent money, because she’s obviously the victim here, which is what the Statement of Solidarity also makes clear. Trump supporters have been answering the call, letting her know that Trump supporters donating.

As for the university? They went the squishy route

“The university stands very strongly for free speech and its protections, and for a congenial dialogue on campus,” university spokesman John Warren said. “The students on our campus have used this episode to affirm their support for free expression, and a productive exchange of ideas.”

Not once did they come out as being against theft because someone is Offended.