Is ISIS Growing Persecution a Sign of the End Times? 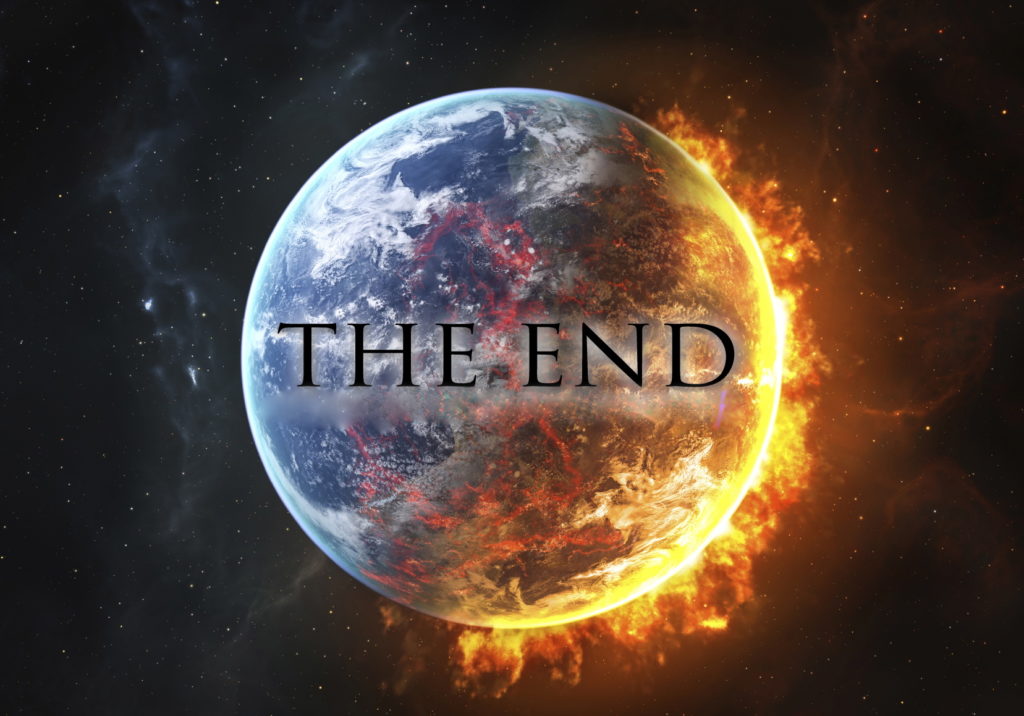 [1]We used to occasionally hear of Christian persecution taking place around the world, and it was disturbing but never on the scale we’re seeing today. ISIS is brutally slaughtering not just hundreds, but tens of thousands of Christians, Jews and other dissenters who oppose its repressive version of Islam. Christians living in areas ISIS has taken over have been almost completely wiped out. It is not just run-of-the-mill wars, but global destruction on a ferocious level never seen before. The annihilation is on track to exceed the number of people killed during the battles of Alexander the Great, the Crusades and even the Holocaust.

One journalist who observed ISIS firsthand reported[2] on the full extent of the evil,

“After weeks of negotiations, I managed to enter the city of Raqqa, which is the capital of the terrorist group in Syria, from where it launches daily attacks against President Assad’s troops. It was a surreal and a chilling experience, as I saw a regime of absolute control which imposed its strict sharia laws. This is not some disorganised bloodthirsty terrorist group or makeshift army. They are very organised. Islamic State fighters ruthlessly beheaded Assad’s soldiers and spies on the front line. Their decapitated bodies were brought back to Raqqa and displayed in the town centre. The IS men gave me a horrific video of decapitated soldiers’ bodies, which were left lying on the pavement in the centre of Raqqa. Some of the dismembered heads were placed on spikes.”

Greg Laurie, a prominent evangelical pastor in California, believes[3] the spread of ISIS is a sign society is close to the End Times predicted[4] in the Bible. Jesus said in Matthew 24:6, “And you will hear of wars and rumors of wars. See that you are not alarmed, for this must take place, but the end is not yet.”

It may be no coincidence that ISIS frequently uses beheadings to execute its victims. Revelation 20:4 references the beheading of Christians for their faith during the End Times. Christian author Joel Richardson, who has written books about the End Times prophecies, observed[5], “The ISIS practice of beheading has been on a level not seen since Medieval times, and biblical prophecies see that as the predominant method of martyrdom (for Christians) in the last days.”

ISIS is just one of the forces behind the increasing slaughter of Christians around the world; the Muslim Brotherhood in Egypt is also executing Christians, and Boko Haram in Nigeria has wiped many of them out. Between 2011 and 2013, 93,000 civilians were killed[6] in Syria alone. Isaiah 17 predicts the eventual destruction of Damascus, the capital of Syria. Some speculate that Isaiah 17:3 predicts Israel will ultimately destroy the city. Israel has gone to war with Syria several times in the past, and has the nuclear capacity to wipe it out.

The territory ISIS now controls is – another coincidence? – the same territory as the heart of ancient Assyria: northern Iraq, northeast Syria and southeastern Turkey. Isaiah 10 speaks of God’s impending judgment on Assyria, since its leader’s “purpose is to destroy, to put an end to many nations.” This is precisely the intent of ISIS. Ancient Assyria, like modern-day ISIS, was known for its bloodthirsty cruelty. The Bible predicts that the Assyrians will capture Israel, and Micah 5:6 foretells of the Messiah eventually freeing Israel, “He will deliver us from the Assyrians when they invade our land and march across our borders.”

Christians have been claiming for generations that humanity must be close to the End Times, but Laurie said evidence it is finally really close is that Israel has become a nation again, with Jerusalem under Jewish control, as predicted in Ezekiel 36:8-12, 37:21 and Luke 21:24. Anne Graham Lotz, daughter of prominent evangelist Billy Graham, said[7] in April, “I believe Jesus is soon to return to take all of His followers to Heaven with Him in what is referred to as The Rapture.”

The Bible also predicts in Zechariah 12:3 and 14:2 that all nations will turn against Israel. The United Nations passed 79 resolutions critical of Israel as of 2012, and 40 percent of the UN Human Rights Commission’s resolutions have been against Israel. Even the U.S. has now started talks with Israel’s dire enemy Iran, for the first time since 1979.

There are plenty of other signs the End Times may be near, from the increase in immorality ( 2 Timothy 3:1-4) to the growing international governance (Rev. 13:3) and steps toward a Mark of the Beast (Revelation 13:17). The Apostle Paul said in 2nd Timothy 3:1-5 “there will be terrible times in the last days,” and listed[8] much of the troubling behavior we are seeing today.

Whether one believes the Bible or not, it is difficult to explain away these predictions coming to fruition. The ruthlessness, rise and spread of ISIS is unlike anything ever encountered on earth, and it’s just going to get worse. Society was supposed to become more civilized as humans advance, not less civilized. After the Holocaust, we said never again. Yet here we are barely over 70 years later, and not only are Jews being savagely targeted again, but Christians and more. There are plenty more signs expected to come to fulfillment next, ignore and mock them at your peril.