Obama Threatens To Veto Republican Bill That Keeps Obama’s “If You Like It, You Can Keep It” Pledge.

We all know Obama was lying when he promised Americans that they could keep their health care plans. We also know that he didn’t mean his halfhearted “apology” for knocking so many Americans off their plans either. Well, in a rare clever political move (Thanks Ron Johnson!), the Republican Party is about to make Obama’s insincerity clear to the world. 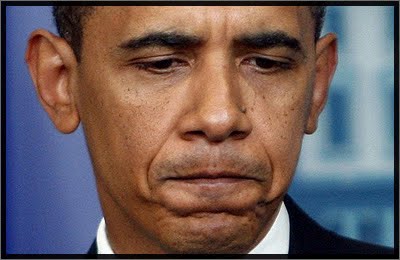 The “Keep Your Health Plan Act”, the supposed “shift” on Obamacare, is little more than an elaborate troll. Republicans are simply calling the President’s bluff, codifying his pledge, daring him to veto it. And he will. He has pledged vetoes for similar efforts before. In July when the administration unilaterally delayed the employer mandate by 1 year, the House passed a bill saying exactly that, just to make it legal.

The Senate never took up the bill, so it never got to the President, but he threatened to veto it if it did. Think about that. A President threatening to veto a bill that writes into law something he’s already done with his self-professed executive authority. If more voters had heard of that, the President’s personal favorability ratings might have collapsed much sooner than they did.

GOP leaders know that no more than a few moderate Democrats in the House will support this new “reform” bill, Harry Reid will never let it pass the Senate, and the President will never sign it. But by proposing it they get to look like they’re trying to improve the situation for their constituents and combat the notion that they’re willing to make marginal changes to try to improve the law. But they’ve been trying to do that all along.

Republicans have been proposing bills for years to repeal or delay the individual mandate, the employer mandate, medical device tax, 1099 requirement (which became law), and many other aspects of Obamacare, not just as spiteful feather-in-their-cap opposition, but to actually get rid of what they consider the worst aspects of the bill.

The real problem with the “Keep Your Health Plan Act,” as Jonah Goldberg pointed out, is that it undermines the entire purpose of Obamacare. It was the point of the bill all along to eliminate the existing individual insurance market and impose strict requirements on insurance plans going forward.

If you let everyone keep their insurance policies, then you can’t regulate them. If you let people keep their plans, there is no demand for the insurance exchanges, except for those poor enough to qualify for subsidies. And if only sick people who need subsidies sign up, the whole system collapses under its own weight. While this was probably the plan all along, it was designed to be a gradual process that didn’t torpedo Democrat electoral prospects on the way.

But that’s why this move from Republicans is so brilliant. It positions them has helpful reformers, protecting their constituents from having their insurance plans cancelled, knowing all along that Democrats can’t and won’t support it, thus positioning them as the obstructionist opposition for once.

And if by chance it does pass, the Obamacare situation will be even worse going into the 2014 and 2016 elections, which could lead to real patient/doctor-centered health care reform. Check and mate.

UPDATE: Press Secretary Jay Carney has confirmed that the President will not support the Keep Your Health Plan Act

Obama’s goal has ALWAYS been to knock people off of their plans and then sign them up on Obamacare to help financially float the program. In other words, the more Americans who lose their health care, the more he likes it. Of course, Democrats will never admit that, so that Republicans are going to make them go on the record AGAIN on the issue. Let the Democrats actually VOTE against Americans keeping their plans or even better yet, let Obama VETO it. Let him explain THAT to the American people.