Judge Roy Moore and his attorney have repeatedly demanded that attorney Gloria Allred produce the yearbook that her client Beverly Young Nelson claims he signed for her. Moore claims he did not know her and the only time he remembers her is when he presided over her divorce. The signature on the yearbook is in two different inks and Moore claims it is not his signature. In addition, the initials, D.A. were added after the signature. At the time, Moore was not a district attorney, he was a deputy district attorney. The only time the initials D.A. were used after his signature was on court dockets where a stamp was used that had his clerk’s initials, D.A., placed after his signature. That was 22 years after the alleged signing happened.

Allred is refusing to produce the yearbook until a congressional hearing is held against Moore. She also won’t say that her client saw him sign the book or if it is in fact, Moore’s signature. Her client will also not agree to a lie detector test. Moore wants an independent examiner to look at the yearbook to determine if it is a forgery or not. He says that “what they have alleged is completely untrue.” And it sure looks that way to me. Remember, Allred is the slimy attorney that represented the women against Trump in the election, while she also served on Hillary Clinton’s campaign team. 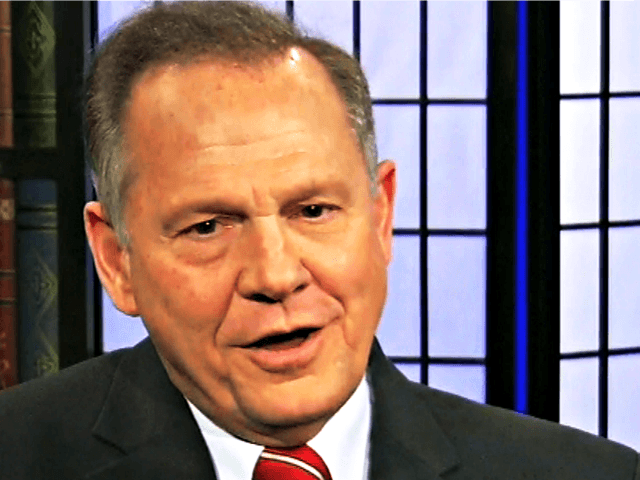 The yearbook contains the only tangible piece of evidence presented in all the allegations against Moore. There are seven women now. One of them has worked for both Hillary Clinton and Joe Biden. She is also working for Moore’s opponent in the Senate race. Two of the women have made false allegations against men before. The one making claims about mall harassment, claimed that Moore was banned from the mall for life. That is also not true. None of these witnesses are credible and I would bet they were ‘coerced’ into this by leftists.

The accusations have never surfaced before in all Moore’s time in public office. The Washington Post just miraculously dug up these women right before an Alabama Senate election where Moore was way ahead of the Democrat. Moore went to West Point. He has led an exemplary life of public service. He has been married for 33 years and is a devout Christian. The left would have you believe he was a sexual deviant from 1977 to 1982 and then suddenly changed. It doesn’t work that way. 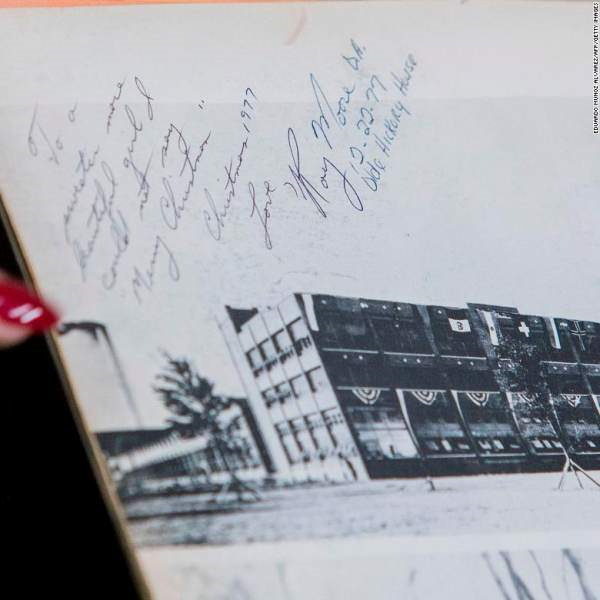 Nelson claims that she met Roy Moore when she was 16. She called him ‘Ray’ and cried on cue for Allred after forty years had passed since the incident. Her own stepson says she is lying as well. At the time in question, Moore was a 30 year-old deputy district attorney in Etowah County and would regularly eat at a restaurant in Gadsden called Olde Hickory House. Nelson claims that Moore signed her yearbook in 1977 sometime just before Christmas. At a press conference in New York, Allred presented a photocopy of the yearbook with an inscription that reads: “To a sweeter more beautiful girl I could not say, ‘Merry Christmas.’ Love, Roy Moore DA, 12-22-77, Olde Hickory House.” That was allegedly shortly before he sexually assaulted her.

Moore spotlighted the initials “D.A.,” linking it to a signature on Nelson’s 1999 divorce document over two decades later. That signature was followed by the initials of his former assistant, Delbra Adams, who only started working for him in 1987. “In their press statement they said that this Nelson woman had no contact with me” since 1977, Moore said. “But in actuality, we found that she had a divorce case. I signed the document. My secretary stamped the document and then put her initials out on the end of the line.” Moore continued: “When they forged the name onto this manual, they also included the initials of my receptionist, my secretary. Which were D.A. Delbra Adams. And certainly they forged it and this is a complete fabrication. I did not know Nelson and had never met her and still do not know her.”

Last Wednesday, Moore’s attorney sent an official letter to Allred giving her forty-eight hours to release the original yearbook to an independent examiner and to take steps to ensure the “immediate and professional preservation of the yearbook.” As far as I know, she has not complied. To make a definitive ruling on the authenticity of that signature, experts need the yearbook. Moore claims this is an attempt to stop his campaign and I believe him. I have from the beginning. The witnesses are not credible and the evidence is heresy and circumstantial. A man should be innocent until proven guilty in this country and that has not even come close to happening here.