“We work out together,” Kayla Moore said. When asked for her response to the allegations against her husband, she replied: “We, of course, live together. We travel together. We do everything together. Even when he worked at the Supreme Court, he was just down the road from me, so when we got back to Montgomery this last time of course I went with him—and it was just me and him; we kind of had our own little place. But when he was working at the Supreme Court, I was down in my office, we would have lunch or I would go down to his office. After work, when the other one was still working—we were always together. Always together. You know we met at a Bible study—that’s where we met. We raised our children at in Bible-focused Christian home. You know, it’s just not true—any of it.” 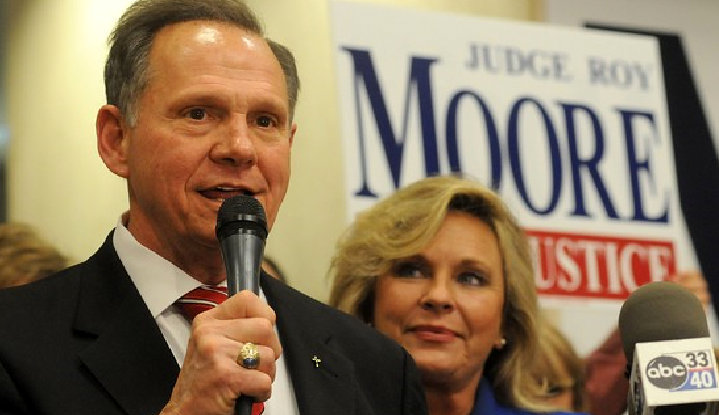 Moore is a devout Christian and a man of the law. When they could not find anything out of line in his finances, WaPo and others started digging into his background. They went to family, friends and acquaintances. They were looking for dirt. And when they didn’t find any, they made crap up. All of this is happening because Moore had a double-digit lead over his Democratic opponent, so WaPo launched a smear campaign.

At every campaign event in this tight election, Kayla has been with her husband. They have three children together and Moore adopted Kayla’s daughter from a previous marriage. They have five beautiful granddaughters. “We’ve been married for 32 years, but we’ve been together for 33,” Kayla said. “I met him when I was 23, I had been married before — he’s deceased now. I had a little girl, a baby. We met at a bible study. We got married a year and one week later, and we’ve been married for 32 years ever since. For one year we were together before we got married—so we’ve been together for all of 33 years.” 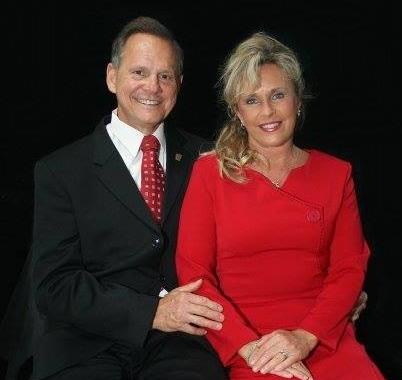 All of this in Kayla’s words has been “stressful” and “hurtful.” She is beside herself over it, “It’s been very hurtful. But we are a very close family, and we stay in prayer together. The community and the entire county and the entire state—even outside our state—has just been enormous because everyone sees this for what it is. The Washington Post has been after us since the day that he was elected the Republican nominee. They’ve come after me personally. They’ve come after him. They’ve come after the foundation. And none of that worked. So what did they do? They went after my husband with outrageous, outlandish things—I can’t even describe how I feel.”

This is a woman who has been at her husband’s side all the way, supporting him at every turn. She finally decided to speak out publicly over all this and so is her husband. “These attacks said I was with a minor child and are false and untrue—and for which they will be sued,” Judge Moore said on stage and then he received a standing ovation from the crowd.

Kayla plans on further interviews with Breitbart. I personally wish her and her husband the best. I understand he’s not backing down at all and I think that is fantastic. I hope he wins in a landslide.