Americans love few things more than kicking back after a Monday, a cold beer in one hand and the football game on television. It sets the tone for the rest of the week and a lot of people have come to think of it as a regular part of their routine, like brushing your teeth in the morning or sipping that 3 o’clock coffee.

Unfortunately for the NFL, routines can easily be broken if the impetus for doing so in strong enough. Turns out that an awful lot of Americans seem to think that kneeling disrespectfully during the National Anthem is a darn good reason to turn the channel. 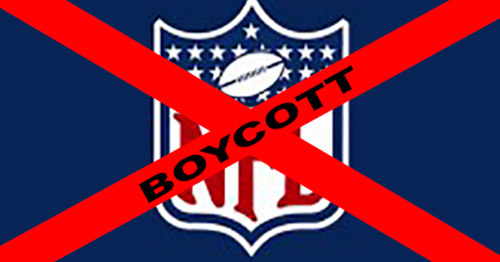 After siding with their players against their fans, the NFL has been seeing some pretty steep losses in both viewership and revenue.

Early numbers from last night show that ratings from last night’s game are down a whopping 10% from the September 25th game. Compared to this same week last year, total viewership is down 8%.

It could be argued that the game itself didn’t garner as many viewers because the Kansas City Chiefs don’t exactly have the nation’s biggest fan base and they’ve been doing their share of losing, which could cause many to exhibit disinterest in future games. However, they stepped onto the field last night as the only unbeaten team in the League this season and an unbeaten team has always garnered big ratings that are at least equal to the average viewership, no matter what team it is.

While some broadcasting stations have decided that they were no longer going to air the National Anthem before the football games, ESPN did in the wake of the Las Vegas shooting, revealing players who were kneeling yet again. (Given the events that took place in Vegas on Sunday, I would have expected different behavior. Silly me.)

It’s becoming clear that these people don’t care about anything but themselves and their own personal issues. They have no respect for what others are going through and they are not willing to sacrifice their few seconds in the spotlight to stand united with a country that just suffered an unimaginable tragedy.

Unfortunately, the American people can only respond in kind. If you can’t stand with us in our time of suffering as a whole nation, then we will not stand with you.

Perhaps the NFL should reconsider allowing their players to kneel in the field.