NFL Ratings CRASH Gets Real With New Numbers – And America Has Just Begun! 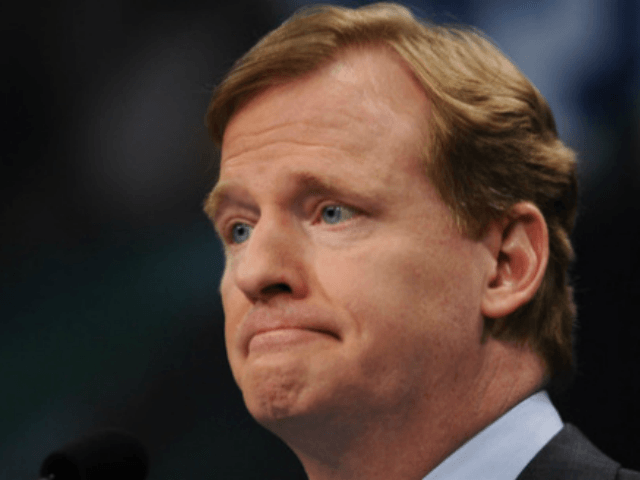 A new report has been released on the ratings for the NFL and it’s looking as bad as you’d imagine.

For constantly shoveling the kneeling, hand-locking and bad attitudes about the flag and the National Anthem, the NFL has confirmed that for the first six games of this season, the ratings that indicate total number of viewers have fallen 7.5% more than last year’s total viewership.

Last October, we were already reporting a lessened viewership thanks to Kaepernick’s grandstanding. Since Colin started taking a knee two summers ago, by October of 2016, the viewership for NFL games started their decline with a whole 10% of their viewership giving up on the league[2]. We wondered about how that impacted the sale of other sports paraphernalia like jerseys and knickknacks for cars, homes and offices. Even the Wall Street Journal was loudly wondering what was happening.

So the current decline is a decline on top of a decline that already existed.

So historically, and since Colin started using NFL for his own political purposes and dragging hundreds of others with him, the NFL has suffered a decline in their viewership. Is this only due to the kneeling or is it due to wider changes in the league? I was already grumpy about NFL powers-that-be when Rush Limbaugh had to resign from his pregame show with EPSN back in 2003. Honestly, I don’t watch football, but after spending enough years listening to Rush, it’s given me enough of a notion to pay attention to the sport as a bellwether for the rest of the country.

Nielsen ratings, which are the gold standard in determining who’s watching their televisions, said that the average number of viewers for NFL games was at 15 million for the first six weeks, down one million from last year’s average of 16.2 million viewers per game.

Every game has been seeing the numbers drop and pressure is mounting on the NFL to fix things at the very, very least for the sake of the investments of the team owners who must be losing money hand over fist with a drop in sales figures as more and more fans boycott not only the games, but also the merchandise.

Even a credit agency, Credit Suisse, said that ratings on CBS, which hosts some NFL games, is plummeting and that it has a direct impact on the earnings of the NFL.

Oh no, how awful. I’m so disappointed that the boycott is working.