Call Me ‘Ze,’ Not ‘He’: University Wants Everyone To Use ‘Gender Inclusive’ Pronouns

America has lost its collective mind. Though there are still plenty of battles to fight (universal reciprocity, Obamacare, illegal immigration, voter ID laws), too many Americans are focused on the absurd. One professor has devised an absurd method to help coddle the hyper-sensitive[1] and has created a new pronoun “ze” to help eliminate gender-specific pronouns like “he” and “she.” 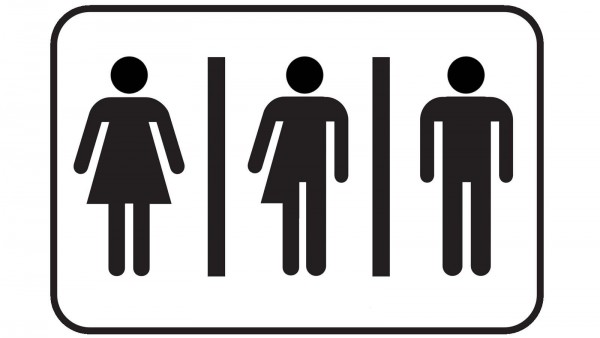 Educators in the Volunteer State are very concerned that students might be offended by the usage of traditional pronouns like she, he, him and hers, according to a document[3] from the University of Tennessee – Knoxville’s Office of Diversity and Inclusion.

“With the new semester beginning and an influx of new students on campus, it is important to participate in making our campus welcoming and inclusive for all,” wrote Donna Braquet in a posting on the university’s website. “One way to do that is to use a student’s chosen name and their correct pronouns.”

Braquet, who is director of the university’s Pride Center, suggested using a variety of gender neutral pronouns instead of traditional pronouns.

For all you folks who went to school back when there were only him and her – here’s a primer: some of the new gender neutral pronouns are ze, hir, zir, xe, xem and xyr.

“There are dozens of gender-neutral pronouns,” she declared.

For all you folks who went to school back when there were only him and her – here’s a primer: some of the new gender neutral pronouns are ze, hir, zir, xe, xem and xyr.

“These may sound a little funny at first, but only because they are new,” Braquet explained. “The ‘she’ and ‘he’ pronouns would sound strange too if we had been taught ‘ze’ when growing up.”

Somehow I sincerely doubt that, but whatever. Anything goes for the sake of inclusivity, right?

“Instead of calling roll, ask everyone to provide their name and pronouns,” she wrote. “This ensures you are not singling out transgender or non-binary students.”

For example, the birth certificate might say that Big Earl is a male. But what if Big Earl identifies as a lady who wants to be called Lawanda?

According to the procedures outlined by the folks at the Office of Diversity and Inclusion, the professor is obligated to call Big Earl – Lawanda – or whatever name makes Big Earl feel more included.

“We should not assume someone’s gender by their appearance, nor by what is listed on a roster or in student information systems,” Braquet wrote. “Transgender people and people who do not identify within the gender binary may use a different name than their legal name and pronouns of their gender identity, rather than the pronouns of the sex they were assigned at birth.”

It’s all so confusing, right? So thankfully, the Office for Diversity and Inclusion has devised a way to prevent students and professors from calling “sir” a “ma’am.”

“You can always politely ask,” she wrote. “’Oh, nice to meet you (insert name). What pronouns should I use?’ is a perfectly fine question to ask.”

Let’s just say that not everyone is on board with the new gender neutral pronouns. Lots of folks in Big Orange Country are turning blood red.

“It’s the most ridiculous thing I’ve ever heard,” Republican State Sen. Mae Beavers told me. “If you must interview a student before you greet the student, that’s not acceptance – that’s just absurd.”

Beavers represents a “very conservative” district and she said her constituents are enraged over how their tax money is being spent by the university.

“The idea a child would want to be called by a gender neutral term is absolutely ridiculous,” she said. “It’s getting so crazy in this country.”

Julie West has two children at the university – not to mention a family dog named after the Volunteer’s revered coach – General Neyland.

“This isn’t inclusion,” she said. “This is the radical transformation of our lives and language.”

I reached out to the vice chancellor for tolerance and diversity (yes they really do have such a thing) – but I’m still waiting for him or her or ze or xyr to call me back.

There you have it, folks. His and Hers is no longer good enough at the University of Tennessee – where they are willing to sacrifice anything for the sake of gender inclusivity – including common sense.

I wonder if they’ve got a gender neutral word for idiot?

When we’ve reached a point where we must curtail the foundations of the English language in order to avoid offending people with some imagined slight, it’s clear that we have gone far off-track.

When will the inevitable pushback come from mainstream America who stands to say, “Enough of this nonsense!”?