Lt. Col. Ralph Peters has never been a man known to hold his tongue[1], but is a straight shooter who tells you like it is without worrying about sparing your delicate feelings…and he isn’t going to change, even for Obama. 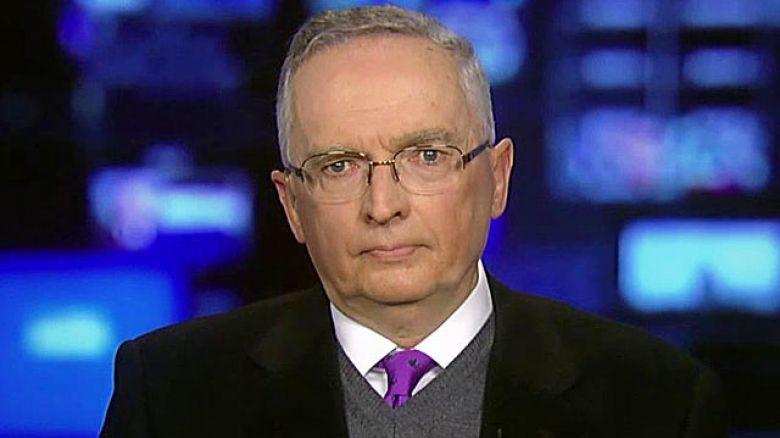 In other words, he’s the polar opposite of our president.

Speaking of which, Peters had some seriously harsh words to sum up his thoughts on Obama’s speech last night.

“Look Mr. President we’re not afraid, we’re angry! We’re pissed off! We’re furious! We want you to react, we want you to do something! You’re afraid!”

I mean this guy is such a totaly p***y it’s stunning!
While I may not have chosen those exact words, I absolutely agree with the sentiment.

No one is afraid, we’re just sick and tired of the most powerful man in the free world not doing his job to take out an obvious threat to his own people.

I mean, this is the one legitimate function of government and he refuses to use it. He’ll supersede Congress all day long and abuse his power for his own self-interest and the furtherance of his agenda, but the one area where almost everyone would get behind his use of authority, he’s quiet as a mouse.

Totally infuriating.
Maybe the next Commander-in-Chief will actually understand how to lead effectively and keep our nation safe.

Until then, maybe I’ll just play this clip on repeat and chuckle.

After Lt. Col. Ralph Peters makes very valid points, and speaks a lot of what the American people are really feeling…he is reprimanded for his language, and the raw compassion and importance of the point he was trying to make then gets knocked down several notches of importance, to the interruption. Is choice of language really necessary to point out so obviously when what he is talking about is the safety of our Nation or lack thereof at the hands of our President? Awful distraction from the truth, in this case… pass a stinking note next time Fox.