Last night, there were claims that a tactical nuke had gone off in Ukraine. While that wasn’t true, it does give an idea of how big the explosion turned out to be[1]. 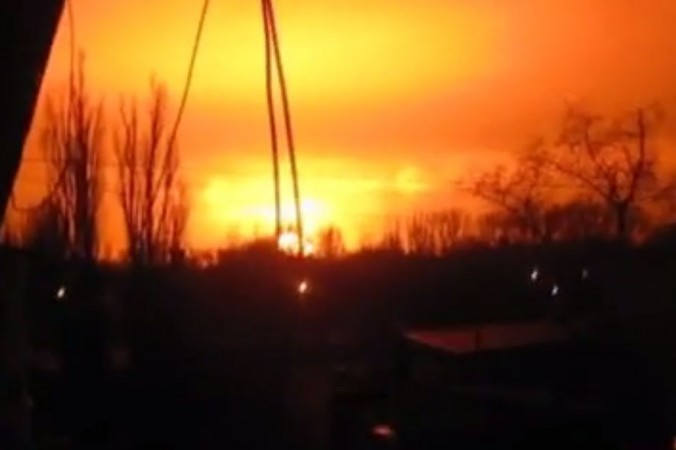 On Sunday night, a series of YouTube videos appear to show a large explosion in Donetsk, Ukraine (several can be watched here). However, it likely wasn’t a “tactical nuclear weapon,” as some social media users claimed, but just a big blast. Early reports say it was Ukrainian army artillery fire hitting an ammunition depot held by the rebel Donetsk People’s Republic.

Videos that were uploaded Feb. 8 show a massive explosion going off in the distance, with an orange-red fireball lighting up the night sky.

…“There was a mushroom cloud over Donetsk,” one of the rebels told Ukrainian news website ZN.ua, adding that “dozens of homes were left without windows.” A mushroom cloud can be produced by conventional explosives and even volcanic eruptions–not just nuclear bombs.

Some said they saw the “mushroom cloud” near the Donetsk railway station, and one said many houses were shaking “like an earthquake,” reported Ukrinform.ua.

It’s worth your time to watch the video because it’s one EPIC explosion.